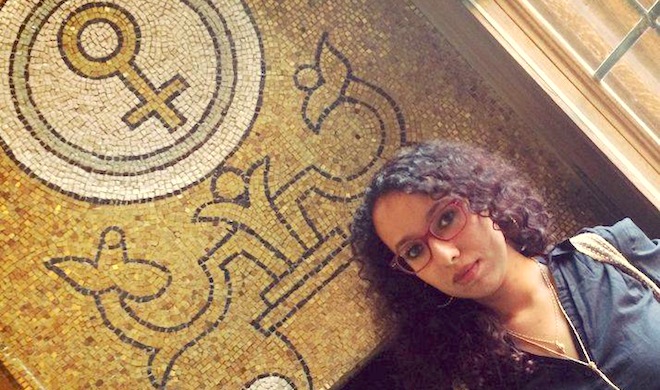 "One of the most important voices in the Middle East". Much can be said about Yemeni journalist Afrah Nasser, who was recently awarded the Dawit Isaak Prize for her struggle for a democratic Yemen. Your Middle East caught up with Afrah for a short Q&A.

Your Middle East: Can you briefly sum up the security situation in Yemen?

Afrah Nasser: It’s difficult for me to be accurate on this, but from my readings and contact with family and friends inside Yemen, the Houthis’ recent takeover is very problematic. The security situation has been in the hand of Houthi groups since 21 Sep, in most parts of Yemen; which means the country is falling into a religious tribal authority. The Houthis factor adds to the already mounting security concerns in the country; the Al Qaeda group, the southern movement and the cold war between the different powerful political rivals like Ali Saleh, Ali Muhsen, Hameed Al Ahmar… etc. The only hopeful news is that the newly-formed government might bring a highly needed stability for the country.

YME: What in your opinion are the greatest obstacles to a peaceful agreement between the many Yemeni factions?

AN: Two things: establishing a concrete transitional justice and a thorough reconciliation process.

YME: The revolution toppled Saleh, but much is still the same 3 years later. How do you feel about the post-revolution state? Have some things improved?

AN: Sometimes I think that in fact things went backwards after the revolution. But, then, I look closely and realize that the revolution was so powerful that it became like our time parameter; we describe events in our life with “before or after” the revolution. For my generation, at least, our sense of our power, voice, and potential have been enhanced with the revolution – regardless of the revolution’s flaws.

YME: Where are the youth in all of this; we know that many young people are active politically and socially, but what is their role? Are they drivers within political parties?

AN: Just last week, Yemen appointed Youth and Sport Minister, Rafat al Akhali, who’s considered to be Yemen’s youngest minister of all time (am not sure how old is he exactly). That’s how the youth in Yemen are joining the decision making. Slowly but surely. We, the youth might have not adopted a clear organizational entity but we’re the drive force of Yemen’s civil society efforts in addressing key issues; and Rafat comes from the civil society also.

YME: If you look 5 years into the future – where is Yemen? And has it split into two (North-South)?

AN: That’s the one million dollar question. It’s hard to predict with Yemen; it’s full of surprises but I can say that I’m optimistic.