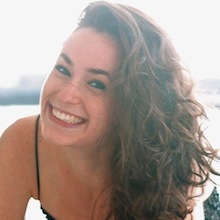 Tuesday was National Day in Oman, the anniversary of the 1970 coup d’état led by Sultan Qaboos, which overthrew his father and ushered a new era of modernity into the Sultanate.  However, the country has been roiled in recent weeks by rumors about the Sultan’s health and the ambiguity of his plan of succession.  These fears were bolstered by Sultan Qaboos’ last-minute decision to cancel his National Day speech.

HIS SUBJECTS, as well as the Iranian government, regional GCC allies such as Saudi Arabia, and international partners such as the P5+1, have too much at stake to continue operating on good faith about Qaboos’ well-being, when all evidence coming out of the Palace indicates that something is very wrong. The Sultan must speak.

Sultan Qaboos has been personally instrumental in proposing and facilitating the past three years of nuclear negotiations between the US and Iran.  He has successfully positioned the Sultanate as a neutral regional actor (“Switzerland of the Middle East”), by highlighting its distinctive national character, which centers on the Ibadhi Muslim (as opposed to Sunni or Shi’a) imperative for religious tolerance.  Oman has served for the past two decades as a stable, prosperous, religiously distinct diplomatic keystone in the fractious arc between Yemen, Iran, and the Arab Gulf monarchies.

“Oman is a bastion of religious, economic, and gender freedom in an otherwise difficult neighborhood”

The recent rumors about the Sultan’s illness are damaging, first and foremost, to Omani citizens.  In Oman, one does not discuss politics, and now, with the help of the Western media spotlight, Omani politics have been brought to the fore.  Omanis’ instincts about what is and is not ok to talk about are being thrown off, their unqualified allegiance to the Sultan, complicated. This uncertainty undermines the most fundamental, incontestable advantage of the Gulf monarchy: stability.

Yemen, Oman’s next-door neighbor, on the other hand, is a geopolitical tinderbox, with acute and explosive structural problems at almost every conceivable level of domestic society. Furthermore, the thinly-veiled proxy war going on between the Shi’a Houthis and Yemen’s Sunni political class are indicative of greater unresolved regional fissures, specifically in Saudi Arabia, which borders both Oman and Yemen to the north.  The political stability and sectarian non-alignment of Oman provide a crucial buffer between Saudi Arabia and Iran, particularly given the recent attacks against Shi’a in Saudi Arabia’s oil-rich Eastern Province.  The Kingdom’s ability to delicately manage these sectarian sparks is contingent upon the steadfastness and neutrality next door; if this is jeopardized, the integrity of the Kingdom will be at stake.

Iran, Oman’s neighbor and centuries-old ally, is, after years of intense negotiations in Muscat, at the threshold of a seminal nuclear agreement with the P5+1.  The deadline for a final agreement is November 24.  Even if the talks are extended slightly until the formal end of the Joint Plan of Action (JPA) on January 20, 2015, a resolution to the critical question of Iranian uranium enrichment is required within the next two months.  The nuclear talks have relied since their 2012 inception on the leadership of an unsung hero, the shrewd and laconic Sultan Qaboos.  Yet now, as ongoing revelations about the Sultan’s health come to light, what is more essential to the JPA’s success than even Qaboos himself is the political stability of Oman, where the negotiations are taking place.

Oman’s current plan of succession – which states that upon the Sultan’s death, the numerous factions of the royal family must unanimously agree on a new leader – is dubious at best.  If they cannot agree, the contingency plan is that Sultan Qaboos will leave behind a secret envelope naming his choice for the next Sultan.  The potential for chaos implied by this setup is astounding; the implicit equivocation over leadership is destructive for both the Sultanate and its allies.

AN EXTENSIVE CULT of personality proceeds Qaboos throughout the Sultanate, and undoubtedly the idea that a disease could destroy him is disturbing to the national psyche.  His subjects adore him; thousands fill the streets on his birthday and on National Day, dancing and singing in his honor.  Omanis support their Sultan to the hilt, which, given the Omani national symbol of a khanjar, or dagger, is hardly even a metaphor.  And his conspicuous absence from celebrations on Tuesday affirmed the severity of the situation.  “It is so scary.  We don’t talk about it much,” an Omani friend tells me, and indeed, the media in the Sultanate is startlingly silent on the topic.  Everyone is waiting for their Sultan to guide them, as he always has.

If the Sultan is indeed as unwell as appearances suggest, one alternative is what many in Oman are quietly calling the “Singaporean Solution,” modeled after the example of Lee Kuan Yew, the first Prime Minister of Singapore.  After three decades in power, Mr. Lee stepped down in 2004 in favor of his son, but remained in government for another seven years in the role – created specifically for him – of “Minister Mentor.”  While Sultan Qaboos is (famously) a bachelor with no known heirs, an Omani version of this approach could provide a compelling succession alternative.

Abdicating his physical throne may be the ultimate gesture of the Sultan’s refusal to abdicate his symbolic role as founder, benefactor and leader of his nation.  The present succession melodrama is harming both his subjects and his allies.  The Sultan must speak, whether to clarify his condition, step down himself, name a successor, or all three.  Ensuring a peaceful transition of power while he is still alive is the greatest service His Majesty can provide to the great nation he founded 44 years ago.