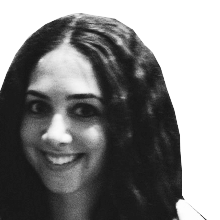 Feminism is a difficult subject. It is one of those “–isms” with a wide range of definitions and perceptions that makes it a challenge to talk about. That being said, ‘women are not equal to men’, as the Turkish President Recep Tayyip Erdogan recently claimed, does not belong to that grey area. Mr Erdogan underlined the biological differences between two genders and claimed this meant women and men could not serve the same functions in society because of the “delicate nature” of women.

Of course our bodies are not the same. And yes, generally speaking, men could be more suitable for certain jobs that require physical strength, just like only women can carry and deliver babies. These are not ‘ideas’ that feminists just can’t understand; these are facts. The question, however, we should be asking is, does that make us unequal? Does that make one gender better than the other, more capable, smarter or superior?

FEMINISM, in my humble opinion, does not reject motherhood, as Mr Erdogan argues. It suggests that it should be an option. Not all women should be forced into marriage or motherhood; it should be a choice. Having a marriage, a child and a career at the same time should not be an exception for women, because it is not an exception for men. We shouldn’t have to choose between an education or a career and having a family and we shouldn’t have to justify our choices about our lives to those who think that this is against nature.

“Feminism, in my humble opinion, does not reject motherhood, as Mr Erdogan argues”

Sexism is a dangerous pit. If we allow a little bit of it in our lives, it quickly becomes very difficult to determine where to draw the line. And it is almost always women who have to deal with the short end of the stick when it comes to sexism; it is women who have to live through what we call ‘everyday sexism’ and it is usually women who have to face it when making life changing decisions such as marriage, abortion and baring children. What we need is people stepping up and taking action against it.

She believed it was women and men working together, side by side, that brought this nation back to life; that both genders worked and sacrificed together as equals to win a war that was deemed hopeless by many. She wrote novels about women who sacrificed their lives going against the old-fashioned mentality and sexism, women who weren’t afraid to take charge, make mistakes, go against a paternalistic society. She fought in the War of Independence as a corporal, she was an active political figure when the foundations of the new nation were built and she was the first woman professor of Turkey. We have many women like her to follow in their footsteps.

Politicians have many important roles to fulfil, however, defining roles for women is not one of them. So when the President declares that, “Our religion has defined a position for women: motherhood,” not only is he opening up Islam for misinterpretations, he is also reclaiming the right to chose, the right to determine one’s own future. He is suggesting that women are meant for one thing while for men, sky is the limit. Labelling women as fragile and powerless creatures whose only role in society could be motherhood does not (and should not) motivate men to treat them as delicate flowers. On the contrary, it gives the dangerous message of gender superiority and justifies sexism.

TURKEY STILL HAS a long way to go when it comes to gender equality. According to UNICEF, when we compared to boys, 600.000 more girls are not going to school. Therefore UNICEF considers Turkey to be in the top 25 countries that needs gender equality when it comes to primary education. In 2013, according to numbers provided by Turkish Statistical Institute, the population in Turkey is almost divided by half with 49,8% women and 50,2% men. However, this equality in numbers does not reflect in everyday life. Women take less part in education, the workforce and public spaces. The number of women in the workforce is three times less than the number of men which puts Turkey at the bottom of the list on this issue amongst countries who are either EU members or candidates. Today in Turkey, 1 in 4 women are subjected to physical, economical, social or sexual abuse. In that regard, we may need feminism now more than ever.

Feminism is not about claiming that both genders are biologically identical or have equal amount of muscle mass. It is about having the equal rights to choose what we want for our lives and the right to determine our futures as we see fit and not be bullied about the choices we make. It is about accepting the fact that treating both genders equally is not “against the nature”; what is against the nature is forcing genders into roles that they may or may not wish to fulfil.