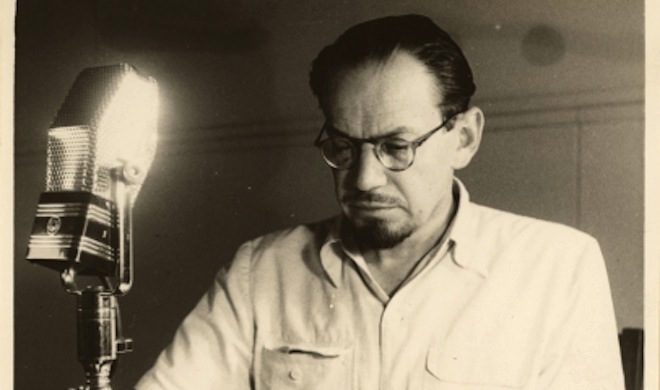 Muhammad Asad's biography reads like a novel by Alexandre Dumas. It is an Oriental saga of sheer unbelievable adventures.

Everything began in Lemberg, Galicia (then part of the Habsburg Austria-Hungary, today part of the Ukraine). Muhammad Asad was born on 2 July 1900 as Leopold Weiss. Born to a rabbi family and later to become an important twentieth-century Islamic thinker, theologian, linguist, translator, social critic, reformist, diplomat, political scientist, and theologian, as a young man he had little interest in theology and philosophy. “Action and movement and adventure” were his driving forces in life as he writes in his autobiographical The Road to Mecca. At the age of fourteen he ran away from home, signing up to the Austro-Hungarian army under a false name in Syria. His parents managed to save him from the battlefield just in time.

After completing school, Leopold Weiss went to Vienna to study psychoanalysis. “In actual fact Freud’s ideas intoxicated my young mind like strong wine,” wrote Weiss. He spent countless evenings in the city’s cafés, listening with baited breath to the discussions of Alfred Adler and other intellectuals. Yet the “intellectual arrogance” of this young science, which presumed to plumb the depths of the human mind, eventually repelled the young man.

WEISS SOON MOVED to Berlin, where he took on various jobs in the early 1920s, including as a scriptwriter and an assistant director to the master expressionist Friedrich Murnau. It was here too that he got his first scoop as a journalist. The young Leopold Weiss was a go-getter and a pleasure-seeking bohemian, who got through life with chutzpah and audacity. Under the veneer of this exciting life, however, he was accompanied by a constant “civilizational discontent”.

“Muhammad Asad’s biography reads like a novel by Alexandre Dumas”

His book The Road to Mecca was first published in the original English version in 1954. Dubbed by the author as “an autobiography of sorts”, it describes a Europe between two world wars, suffering from “emptiness of the soul” and “moral instability”. “Behind the Occident’s façade of order and organization, the dominant force is ethical chaos,” is Weiss’ verdict.

As fate would have it, the young man’s uncle, “a student of Dr. Freud” who ran an asylum in Jerusalem invited him to Palestine. Here, Weiss came to know and love Arab and Bedouin culture. He describes its “free humanity” and its “quiet, proud affirmation of reality and one’s own life”. The Arabs, he enthuses, are “people who venerate one another and the simple things in life”. His passion inflamed, Leopold Weiss converted to Sunni Islam in April 1927 – in Berlin Wilmersdorf, in Germany’s first-ever mosque – calling himself Muhammad Asad from then on. He went on to travel the entire Arab world, exploring almost the whole of the Orient. Alongside his travels, he became one of the most renowned Middle East correspondents and experts in the German-speaking countries.

Asad was a staunch critic of Zionism. He believed that the state of Israel would have to be built at the expense of the Palestinians. The Road to Mecca describes a meeting and argument of the young Weiss with Chaim Weizmann, eminent leader of the Zionist project, at a friend’s house in Jerusalem. Asad was impressed by Weizmann’s power of his intellect and his immense personal charisma. Yet, the subject at hand, he writes, “impelled me to break through the deferential hush with which all the other ÑÐµÐ¾ÑlÐµ present were listening to him, and to ask: ‘And what about the Arabs?'” – apparently unsettling the great architect of the Jewish state, at least in Asad’s own account. Though firm in his stance but without ever striking a militant tone, Asad often pointed out how inevitable injustices committed against Palestinians would breed a conflict that would remain a source of trouble for the region for generations to come. How right he was!

After his hajj to Mecca in 1927, Muhammad Asad settled in Saudi Arabia for several years, becoming a close confidant and personal friend to King Ibn Saud. After their first meeting, Asad writes, the King sent for him every day. Ibn Saud even allowed Asad to visit the Najd region (in the King’s company), which was strictly forbidden for foreigners during that time. Despite the closeness to the House of Saud, Asad strikes a critical tone concerning Wahhabism: “As sÐ¾Ð¾n as the followers of Muhammad ibn Abd al-Wahbab achieved power, his idea became Ð° mummy: for the spirit cannot be Ð° servant of power – and power does not want to be a servant of the spirit”, Asad writes.

ASAD GOES ON: “Ð¢he history of Wahbab Najd is the history Ð¾f Ð° religious idea which first rose on the wings of enthusiasm Ð°Ð¿d longing and then sank down into the lowlands of pharisaic self-righteousness. For all virtue destroys itself as soon as it ceases to be longing and humility.” The Road to Mecca is a work of high literary value, still waiting to be discovered.

Few people combined the vita contemplativa and the vita activa as forcefully as did Muhammad Asad. A brilliant mind in his own right, he also, for instance, fought the Italian fascists in Libya alongside Sidi Muhammad (who was later to become King Idris I of Libya), literally hiding in the sand, smuggling arms to the freedom fighters, bullets flying over his head, comrades dying to the left and right.

While European soldiers were raping, ransacking and killing in Libyan towns and villages, Muhammad Asad and Muslim fighters of the Senoussi order were fighting against the brutal oppression of the invaders. In his quest for moral integrity, all this seemed to prove right Asad’s decision to turn away from Europe and become a “naturalized Arab”.

This dark chapter of European-Arab history is also a lesson to all those who belabor the subject of the alleged moral and cultural inferiority of “Arabia” as opposed to Europe and the West. True, up until recently the current state in most Arab states could accurately be described as a “malaise” – but a brief look at our history books teaches us that it has nothing to do with inherent civilizational characteristics. The cataclysms of history are immense, and people change, cultures change, nations change…

Asad’s next stop was India, on the invitation of the philosopher and politician Muhammad Iqbal.

“After their first meeting, Asad writes, the King sent for him every day”

As an Austrian citizen, however, he was interned by the British for the length of World War II. After his release he was asked to help found the state of Pakistan; and so he did. Asad took part in drafting the constitution of the Islamic republic, later going to New York as Pakistan’s first UN ambassador.

Asad devoted the second half of his life to writing and publishing. He became one of the most significant Islamic authors of his time, writing books and numerous essays on the Islamic worldview, its law and philosophy. His opus magnum is a commentated English translation of the Qur’an.

Towards the end of his life, however, Asad grew disillusioned by the state of the Islamic world, by its voluntary intellectual isolation and the intolerance of its extremists. He judged that “this wonderful religion” did not deserve its followers. His writing was burned in public during his time in Morocco – one reason for his return to Europe. Muhammad Asad died in Spain’s Andalusia in 1992.

ASAD’S REMARKABLE descriptions of how he found faith via critical, rational thinking make his Road to Mecca fascinating reading. His plea that every religion can only remain alive if it finds its own place freely in its time makes him a hermeneuticist of Islam.

Asad takes a controversial stance against centuries of tradition within the Islamic schools of law, instead drawing on the more rationalist tradition of the Mu’tazilis. He sets an example of how to bring to life a freely lived faith in the present day by looking back at its original sources. A lesson not only for Muslims.