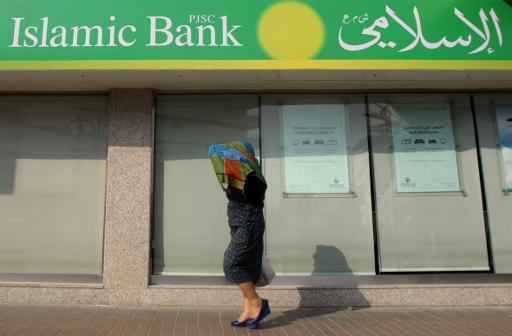 The Islamic banking industry is being hampered by low profits and "mediocre" customer satisfaction despite impressive growth, officials and executives said at a financial conference in Bahrain.

The sector, which provides banking services compliant with Islamic sharia law, has doubled in size over the past four years and is now worth more than $2 trillion (1.6 trillion euros).

But a study by EY (formerly Ernst & Young) released at the World Islamic Banking Conference in Bahrain this week found that Islamic banks run at significantly lower profit margins than their conventional peers.

The study, conducted on Islamic banks in nine countries including Saudi Arabia, Malaysia and Kuwait, found that their return on equity was 19 percent lower than traditional banks in the same markets.

This could cost shareholders billions of dollars in forgone profit, it said.

It also analysed the views expressed on social media by 2.25 million Islamic bank customers and found many unsatisfied with the service they had received.

“Results show that for many banks… customer satisfaction is, at best, mediocre,” EY said, attributing discontent to poor performance and a lack of use of technology.

Islamic finance is based on shared profit and loss, which minimises risk for banks. The system forbids charging interest — banned as usury in Islam — and avoids dealing in debt and derivatives.

To meet an ever-increasing demand, the sector has developed numerous products compliant with sharia law, from loans for cars and houses to funding major infrastructure projects.

Jaseem Ahmed, secretary general of the Malaysia-based Islamic Financial Services Board (IFSB), the leading regulatory body for Islamic banking, believes low profits in the sector are down to a lack of sharia-compliant investment opportunities.

“In Islamic banks, liquidity is primarily held in cash and reserves, which affects their profitability. Cash does not earn you returns. For Islamic banks, the options for investments are limited,” Ahmed told AFP.

“It is time for us to reflect on where we are and where we intend to go,” Maraj told the two-day conference.

Maraj said Islamic banks needed among other reforms to improve their regulation, risk management and standardisation.

Although Islamic regulatory bodies have established a number of standards, different interpretations of religious texts and weak implementation mean they remain far from industry-wide.

Hamed Merah, secretary general of the Accounting and Auditing Organisation for Islamic Financial Institutions — a major sector regulator — said standards should be mandatory.

“If regulators make these standards compulsory, it will help the industry immensely,” Merah said.

But Sheikh Essam Ishaq, a religious scholar on Islamic finance, said sector-wide regulation was difficult “because the understanding of Islam and its interpretation is different”.

Around 40 million of the world’s 1.6 billion Muslims are now clients of the Islamic finance industry, which has surged in popularity since its days as a small niche market in the early 1970s.

But it continues to represent less than two percent of the global banking assets of $140 trillion, according to EY.