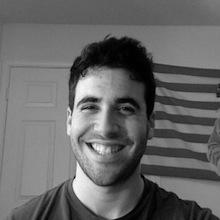 This week, Israel’s peculiar coalition government came to a screeching halt. In an embarrassing debacle, Yesh Atid’s Yair Lapid and Hatnuah’s Tzipi Livni were shown the door and blamed for the whole mess; new elections are on their way. While many were busy picking their jaws off the floor, the real surprise is just how impotent the Israeli Left wing has become. With no sign of cooperation or initiative to put out a message or send out a personality to rally Israelis together for something better, Benjamin Netanyahu and his opportunistic politicking calls the shots in the Israeli political scene. Rather than a melting pot of the various sociopolitical ideologies that constitute the Israeli public, the Knesset has become a monarchy of the Right wing, with Bibi as its King.

No one can say Benjamin Netanyahu is anything other than a skilled political operator. Time hailed the Israeli ‘King’ back in 2012, saying, “Netanyahu is poised to become the longest-serving Israeli Prime Minister since David Ben-Gurion, the founding father of Israel. He has no national rival”. What is so baffling is how true that remains today—two years, and a costly war in Gaza, later.

TRUE, Bibi has expertly pulled coalitions of chance together in the past, pandering to the worries of swing voters in times of doubt.  Always, it seems, Israelis can be soothed by Netanyahu’s reassurances that peace and security will return—for good this time—if only the voters placed their faith in him. But I’ve spoken to Israelis who, despite being appalled by much of Netanyahu’s recent maneuvering, still shrug their shoulders and ask, “who else but Bibi?”

And that’s the thing; no one else is out there. Livni failed to find any overt political support and was nearly fired for having met with Abu Mazen after the negotiations this spring failed. Likewise, Lapid, the one-time darling of the Israeli center-left, won the prestigious “most ‘disappointing’ politician of the year” award in 2013. Let’s just say that the most promising prospects for dethroning the current royalty, and providing Israelis with any hope of a peaceful resolution to the conflict and occupation, aren’t much to write home about. The most recent performance to come out of the Israeli big-tent political circus is not so much a failure on Bibi’s behalf, but rather a demonstration of the ineptitude of those who claim to represent Israelis committed to a Jewish Democratic state.

It was disappointing that the Left didn’t do more to improve the treatment of African refugees corralled into the Holot Detention Facility. It was odd that the Left-leaning members of Netanyahu’s government stood by during the escalation of the most recent round of violence in Gaza. It was puzzling when they let Netanyahu alienate the American administration that constitutes one of Israel’s last staunch ties to the international community. All in all, it seems that this latest coalition has been standing by as Netanyahu, Likud, and the Right affront the Declaration of Independence that founded the Jewish State.

WHAT’S AT STAKE here is the very nature of Israel’s Democracy. The proposal of the Likud-sponsored Jewish Nation-State bill, which is considered the impetus for the collapse of the government, would cement a narrow definition of Judaism as the parameter for preference under national law. Forget fair treatment of refugees from African countries. Forget the inclusion of ethnic and religious minorities. Forget the consideration for dignity of the more than 20% of Israeli citizens who are Arab.

If the Israeli political Left cannot field a coalition that can properly express and fight for the concerns of the silent majority of their constituents, then you can also forget about calling Israel a Democracy.