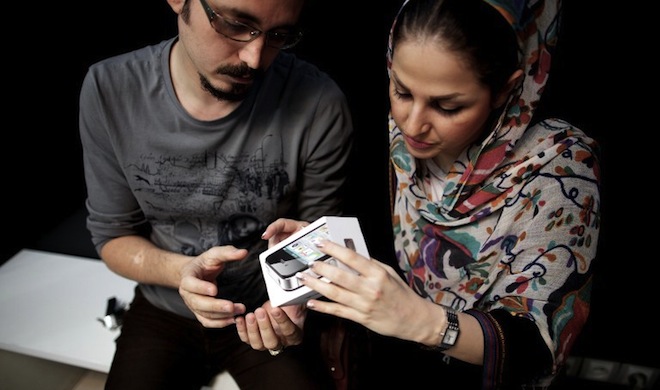 "Authorities in the Islamic Republic have long had an embattled relationship with the online space," writes Gissou Nia, an expert on human rights issues in Iran. In fact, it's much more complicated than you might think.

In a news segment recently aired on state television in the Islamic Republic of Iran, the camera pans to the face of a young man, his face worn from the weight of what the viewer can presume is a debilitating addiction:

“Every night it would take up my time completely until 6:00 a.m. I lost eight kilograms as a result of staying up all night.”

In the next shot, another young man appears, large sunglasses shielding half his face and obscuring his identity—perhaps out of shame—and he says:

“These things are needed, but I don’t know why some people put more into it than they can, and as a result, have spoiled the whole thing.”

A lay viewer tuning into the middle of the segment could be forgiven for thinking the activities referred to by these men are a nasty heroin habit or a rabid sex addiction.

RATHER, the “vice” in question here is the Internet. Specifically the use of social networks and mobile applications that the Islamic Republic is increasingly trying to portray not just as the tools of ready sin, but as the very sin itself.

Authorities in the Islamic Republic have long had an embattled relationship with the online space.

In Iran’s early days of Internet usage, conservative hardliners viewed the web as a potentially useful platform for the dissemination of revolutionary zeal and Shi’a religious ideology to a domestic, and even global, audience.

However, as Iran’s civil society and journalists—many of whom had been banned from activity in the non-virtual world—took up residence in blogs online to resume voicing their dissident opinions, now under the cover of anonymity, conservative enthusiasm quickly soured. The state began to block and filter websites on a mass scale and scores of bloggers, technologists and others with a non-conforming online presence were arrested and imprisoned on vague and sometimes extralegal charges.

Fast forward to the present day where an estimated five million websites remain blocked, technologists are a prime target of the authorities and use of a social network can get you arrested, or even worse, sentenced to death.

Yet the Islamic Republic’s relationship to the Internet is more complicated than just all-out, North Korea-style, oppression. The state shows conflicting objectives when it comes to online control—embracing the medium when it advances a desired agenda, and then cracking down on the platform when it poses a challenge to the ruling establishment.

For example, the Islamic Republic’s Supreme Leader Ali Khamenei maintains accounts in Persian, English and Arabic on social networks banned in the country and, rather perversely, uses that platform to promote policies that run counter to free expression. This behavior is reflective of the Islamic Republic’s increasingly contradictory approach towards social media—namely that expression on such sites will be sanctioned, if and only if, the party line is followed.

Another concerning trend is the evolution of the Islamic Republic’s methods of online repression.

According to a report published by the International Campaign for Human Rights in Iran last month, the Iranian state has developed technological infrastructure that makes censorship and state control over the Internet more systematic and less detectable, thus posing an ever-greater threat to Iranian users.

“The state shows conflicting objectives when it comes to online control”

The culmination of these efforts is the Islamic Republic’s heavy investment in the creation of a “National Internet”, a domestic, government-controlled Intranet, in which the state vets all content and access. Worryingly, under the direction of the current government, implementation of the National Internet is said to be imminent. Should this happen, hardliners in the Iranian judiciary and intelligence and security services will have unfettered access to online user information that can be used to perpetuate traditional forms of repression.

Yet there are spots of hope for Internet users in Iran.

One year into Hassan Rouhani’s presidency, little concrete progress had been made on his promises to loosen the Islamic Republic’s tight grip on the web. But in August, Rouhani’s government surprised when it granted 3G and 4G licenses to Iran’s two principal mobile operators. Previously, only one mobile provider, RighTel, had been allowed to provide 3G services, and to a very small market.

The provision of 3G and 4G services is a positive development, and should be commended.

HOWEVER given that work on the National Internet is moving steadily along, and the filtering of mobile applications and targeting and persecution of online activists have only increased and intensified in recent months, there is still much work to be done.

Iran’s Internet policies should not be determined by the Islamic Republic’s intelligence and security agencies, which view the medium as fertile grounds for sin. Rather, the web should be treated as a valuable platform for social engagement and economic growth. Open virtual borders are the only winning bet in our increasingly interconnected world.