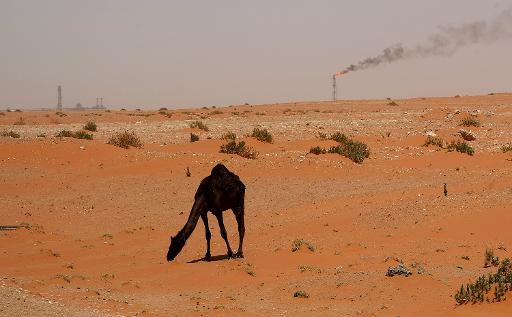 Standard and Poor's has lowered the outlook for the world's top oil exporter Saudi Arabia to stable from positive and its Gulf partner Oman to negative on sliding oil prices.

However, the ratings agency affirmed the strong “AA-/A-1+” long- and short-term foreign and local currency sovereign credit ratings for Riyadh over the “strong external and fiscal positions” it has built up in the past decade when oil prices were too high.

“We base our outlook revision on our view that, although real economic growth remains relatively strong, we think Saudi Arabia is unlikely to achieve sufficient levels of nominal income to raise the ratings over the next two years,” S&P said.

“We view Saudi Arabia’s economy as undiversified and vulnerable to a sharp and sustained decline in the oil price, notwithstanding government policy to encourage non-oil private sector growth,” S&P said late Friday.

Although Riyadh built fiscal reserves of around $750 billion from surpluses from high oil revenues, its public spending rose to record highs that raised the breakeven price for oil to between $85 and $93 a barrel.

S&P said the hydrocarbons sector contributes about 45 percent of GDP.

For non-OPEC member Oman, S&P said the negative outlook was based on the view that the deterioration in the fiscal or external positions could be sharper than currently expected because of the steeper fall in oil prices.

“The ratings are constrained by our view that the quality of Oman’s public institutions and governance is moderate, that high fiscal, external and economic dependence on volatile hydrocarbons receipts will persist, and that monetary policy flexibility is limited by the (US dollar) pegged exchange rate,” it said.

Oil prices have lost more than a third of their value since June over a glut in output, weak demand and a strong dollar.