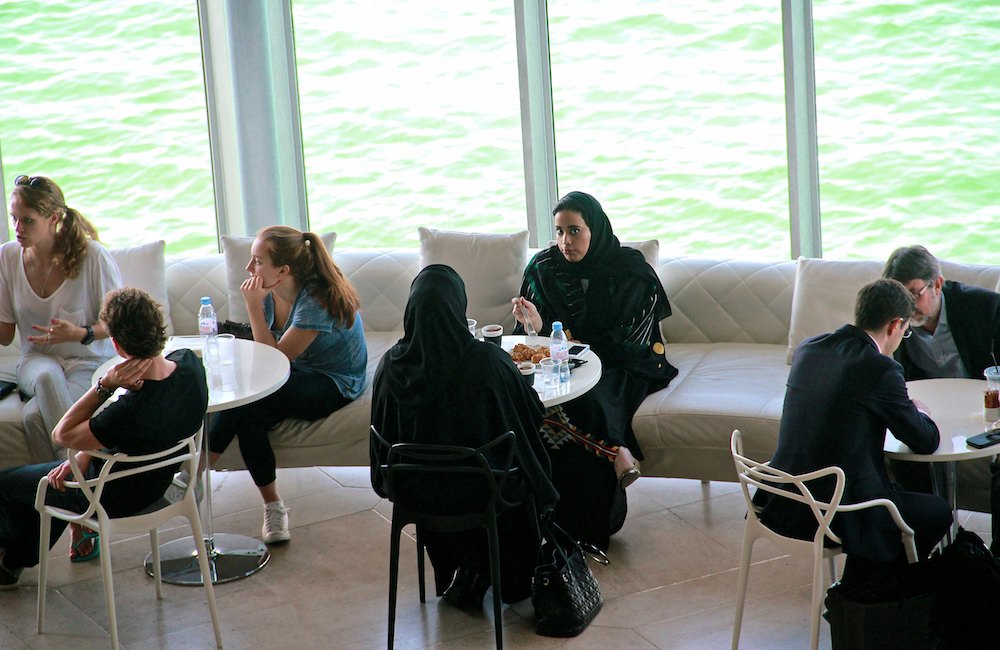 Doha seeks to convey the image of a moderate Islamic nation where women are well respected. But how successful has that push been in practice? Kamilia Lahrichi investigates a sensitive issue in this photo story.

The Al Sheikh Abdullah bin Zaid Al-Mahmoud Islamic Cultural Center in Doha emphasizes that both women and men are equal according to their religion. The Qatari government funds this religious center, which seeks to introduce non-Muslims, namely migrant workers, to Islam. Today, there are only 278,000 Qataris who live among 1.5 million foreigners in the small country. The center prides itself on the fact that some employees are former nuns who converted to Islam.

“After moving to Qatar for work, it took me one year to convert to Islam and adjust to this religion,” confesses a former Catholic from the Philippines who used to work in a parish church in Mexico.

“I believe that Islam is the true religion,” she adds.

Despite backing radical Islamic groups across the Middle East, such as Hamas in the Gaza Strip and the Muslim Brotherhood in Egypt, Doha seeks to convey the image of a moderate Islamic nation where women are well respected.

“Of course Muslim women are not oppressed,” says Nadia Al-Ashqar, Conference Affairs Coordinating Officer at the Center for Interfaith Dialogue, a publicly funded organization that works toward the understanding of the three Abrahamic religions in Doha.

She explains that this is a prevalent misconception in Western countries.