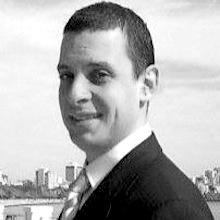 A serious political will is lacking in Israel, writes the Palestinian scholar Fadi Elhusseini. He argues that the Netanyahu government has failed in the basic tests of commitment toward peace and ending its occupation of the land of Palestine.

Again, the peace process between the Palestinians and the Israelis has been grinded into halt and each party blames the other for this unfortunate failure. Israeli officials repeat continuously that there is no Palestinian peace partner and accuse Abbas and his authority of flexing their diplomatic muscles in an attempt to isolate Israel internationally and making unilateral steps; i.e. avoiding negotiations and seeking individual and/or collective recognition of the state of Palestine.

However, it would be outlandish to imagine that the Palestinians would succeed in this approach (if it is true) without a minimum international understanding of the Palestinian narrative. In order to fully comprehend this state of affairs, it is crucial to make an assessment of the positions and announcements of each party.

SINCE HE BEGAN his tenure as president of the Palestinian Authority in 2005, Mahmoud Abbas renounced violence and announced repeatedly his vision: a peaceful resolution of the conflict that would eventually lead to a Palestinian independent state. His vision complies perfectly with the widely accepted and supported two-state solution based on relevant international and UN resolutions.

The path Abbas opted to take was not an easy one especially as it came in the aftermath of the second Intifada with massive causalities and damage to Palestinian infrastructure, society and lives. Notwithstanding that the Palestinian domestic conditions were not ready for such an approach, Abbas stated it clearly and irked many of his companions and political rivals as well.

As part of the Palestinian commitments toward peace, and despite criticism, Abbas dismantled all Palestinian armed groups in the West Bank and united the Palestinian Security Forces (mainly policing service and not a regular army) under his direct command. Hitherto, not even one single violation was recorded from those forces. Rather, and whilst many Israeli settlers carried out attacks on Palestinian private proprieties and lives, the Palestinian forces handed over many settlers to the Israeli authorities unharmed, when they lost their way in the Palestinian territories, putting Abbas and his forces under criticism from his political rivals.

ARAFAT, ABBAS and the Palestinian leadership announced their acceptance of the two-state solution and the recognition of the State of Israel. Abbas last announcement came on November 24 calling on the international community to compel Israel to comply with its legal obligations regarding international resolutions, saying he is ready to set up a Palestinian state on only 22 per cent of historical Palestine. That said, half of the population who live in historical Palestine would live in the state of Israel on 78 per cent of the land and the other half of the population would live in the state of Palestine in only 22 per cent.

Peace talks between the Palestinians and the Israelis have been on since 1991, during which period Israeli settlement activities quadrupled on the Palestinian occupied land. Considering this fact, the Palestinians have requested to set up a time frame for negotiations which can’t last forever while watching Israel running afoot in changing facts on the ground. Hence, as a result of Israeli refusal neither to accept the time frame nor to halt its settlement activities, weary Palestinians started to seek justice through international forums and agencies; mainly the UN.

On the other hand, although Israel accepted a two-state solution and signed the Oslo Accords in 1993, none of the consecutive Israeli governments has, thus far, recognized the state of Palestine. Israel recognized the Palestinian Liberation Organization (PLO) as a representative of the Palestinian people and still refuses to recognize the state of Palestine.

Many Israeli officials have openly expressed their rejection of the establishment of the Palestinian state and the current campaign for the general elections in Israel manifested this approach when the various parties running for elections (e.g. Likud, Jewish Home “HaBayit HaYehudi” etc.) announced their opposition of any future Palestinian state.

It may be sound that an activist or a politician can have an opinion and express his views openly, but once he is part of a government that is supposedly accepting and involved in peace talks, any opinion would eventually reflect the position of the government in general. On December 14th, 2014 when Naftali Bennett, the economic minister in Prime Minister Netanyahu’s cabinet was asked in an interview with CNN if he “does not want a Palestinian State ever” his answer was very clear: “that’s correct; the notion of injecting a state, dividing Jerusalem, dividing up the country and splitting and slicing it, is not sustainable.”

Another example is reflected in the position of Israel’s UN ambassador Ron Prosor who attacked on November 25, 2014 the European parliaments who are voting on the recognition of Palestine. He rejected the mere idea of handing the Palestinians their independence saying: “imagine the type of state (Palestinian) society would produce. Does the Middle East really need another terror-ocracy? Some members of the international community are aiding and abetting its creation.”

THERE ARE PLENTY of similar and even flagrant examples yet the position and statements of the incumbent Israeli foreign minister Avigdor Liberman constitute the starkest ones. For instance, Liberman blows up the real essence of the peace process when he says that “the peace process is based on the false basic assumptions that the conflict is territorial and not ideological, and that the establishment of a Palestinian state based on the 1967 borders will end the conflict.” To add insult to injury, Liberman did not shy out from expressing his intentions and plans to legalize transferring Arab-Israeli citizens (both Christians and Muslims) out of Israel at the aim of keeping Israel a pure Jewish state.

At the time when Abbas stood firm in face of domestic criticisms, Israeli leadership failed to give peace a glimmer of hope. The Netanyahu government continues with plans to build new settlement units and expand existing ones despite US and international criticism. When Israel complied with international pressure and halted settlement activities for nine months, the Israeli side added a precondition to any peace settlement: the recognition of Israel as a Jewish state.

In both theory and political experience, the credibility of Netanyahu’s government has been utterly depleting

On the whole, in both theory and political experience, the credibility of Netanyahu’s government has been utterly depleting. The international community, by and large, has begun to realize this and the overdue “moral” recognition of the “occupied” state of Palestine by governments and parliaments in Europe represents a clear gap in positions between Europe and the US.

With the latter’s “hands-off” approach, Netanyahu has been arguably able to crack the whip over the US administration who limited its role in the peace process on calls, ideas and proposals, failing up until now to pressure Israel to freeze worldwide criticized illegal settlement activities and maintaining a “pro-Israel” tilt concerning the recognition of the state of Palestine and peace talks in general.

In nutshell, one may argue that the actions of the current Israeli government are serving nothing but broadening the clouds of doubt hanging over. In fact, a serious political will is lacking in Israel and hitherto the Israeli government failed in the basic tests of commitment toward peace and ending its occupation of the land of Palestine. A corollary of Netanyahu’s government attitude – seemingly with no change in sight – posits that it would be hard to stanch the flow of international interaction. This may even develop to more advanced positions by governments who may not only recognize the state of Palestine, but could also boycott the Israeli government, similar to the case of Pretoria when the world boycotted South Africa in total rejection of apartheid.