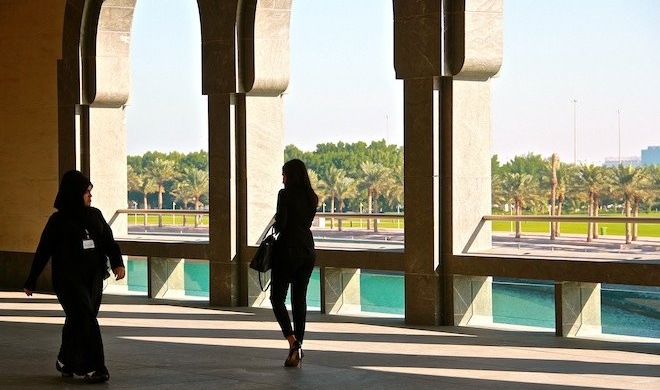 For the first time, a study of Internet users in Qatar has explored the usage of emerging social media channels, alongside more established networks, thereby providing a holistic view of the country's social media population. Damian Radcliffe explains more.

Earlier this month the Rassed research program at the Ministry of Information and Communications Technology (ictQATAR) released findings from a new study examining for the first time how people in Qatar use emerging social channels like WhatsApp and Snapchat.

Covering eight different social media services – ranging from older and more established networks like Facebook, Instagram and Twitter to newer entrants like Snapchat, WhatsApp and Path – this research offers an up-to-date analysis of the attitudes and behaviours of social media users in Qatar.

The study (disclaimer, until the end of last week I led this program) deliberately undertook to not just understand the take-up of these assorted services, but to also understand how and why people were using them.

In doing this, the team have sought to produce a rich evidence base to help different stakeholders determine the best way to reach particular online audiences.

Of the eight services that were studied, WhatsApp was identified as Qatar’s leading social media service, across all groups. It is used by 87% of Qatar’s Internet population and 97% of all Qataris who are online.

The research also revealed that Qataris are more aware of newer networks like Snapchat (77% of Qatari Internet users vs. 39% of Expats) and Instagram (97% vs. 65%); and that they tend to be among the earliest adopters of these emerging social media services.

Further differences in usage were also identified in terms of Facebook, the world’s largest social network. Among Qataris, Facebook is the fifth most popular social network used (only just ahead of Snapchat). Although 90% of Qatari Internet users are aware of Facebook, just 44% use it; a finding in line with other recent studies. Conversely, awareness of Facebook among non-Qataris Internet users stood at 94% with an 84% adoption level.

The Rassed team also identified differences in usage of older networks like BlackBerry Messenger (BBM) – which is still used by 44% of online users in the 15-29 year age range, versus 20% of those aged over 30 – as well as common social media activities; such as the sharing of photos or using social media as a source for news.

A third of Qatari Internet users will harness WhatsApp to find out the latest news, compared to 21% of online expats. Meanwhile, 52% of Expat Internet users find the news on Facebook, versus just 12% of Qataris.

Similarly, just 12% of male Qatari Internet users and 6% of online Qatari women post pictures on Facebook. This is in stark contrast to the online Expat population, where 46% of non-Qatari men and 49% of non-Qatari women, engage in this activity; thereby demonstrating just some of the variety in how different groups use the same social networks.

5 other things worth noting

You can find further important findings in the report launch slides (see above). Including:

* Awareness of social networks is highest among Qataris and females.

* “Boredom” is potentially the top trigger for women to stop using a particular social channel.

* “Mobile friendly” is a key driver for usage for over 50% of social media users and 70% of Qatari social networkers.

* 20% of users would consider leaving a network “if it is not mobile friendly.”

* 85% of the sample felt that social media is “helping to spread rumours and false information.”

Further analysis from this dataset will be published in the coming months, building on previous work published by the Rassed team exploring the breadth and depth of social media usage in Qatar (Issue 11) and the wider MENA region (Issue 12).

Fieldwork for this study was conducted between September 1st – October 16th 2014, on behalf of ictQATAR, by Ipsos Qatar. 1,000 adult Internet users – 500 Qataris and 500 non-Qataris – participated in a 15 minute Computer Assisted Telephonic Interviews (CATI) where they answered questions on a wide range of topics related to social media, including what social channels they used and why.

Further findings can also be found in this launch presentation. This article originally appeared on Damian’s LinkedIn blog.

ALSO SEE Where does Qatar stand on women’s rights? (PHOTOS)