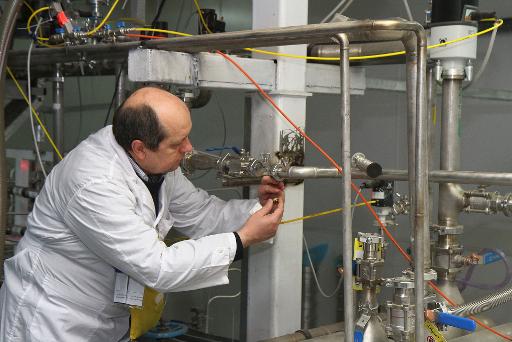 Some Iranian lawmakers are considering a push toward resuming unlimited uranium enrichment if the United States imposes new sanctions on Tehran amid negotiations on the country's nuclear programme, speaker Ali Larijani said Thursday.

Some Iranian lawmakers are considering a push toward resuming unlimited uranium enrichment if the United States imposes new sanctions on Tehran amid negotiations on the country’s nuclear programme, speaker Ali Larijani said Thursday.

Iran and major world powers have given themselves until June to reach a comprehensive agreement that would prevent Tehran from developing a nuclear bomb in return for an easing of iron-clad global sanctions.

The United States and Iran were seeking this week to break a stalemate that has seen two earlier deadlines pass without an accord.

Among issues complicating negotiations, the new Republican-controlled US Congress is considering a fresh sanctions bill to force concessions from Iran at the multilateral talks that resume this week in Geneva.

The United States, along with Britain, China, France, Germany and Russia are pressing Iran for a deal.

Washington’s UN ambassador, Samantha Power, warned Congress on Monday that ratcheting up sanctions against Iran would likely torpedo the negotiations.

In a speech Thursday in the Iranian city of Qom, Larijani warned the world powers they “cannot haggle with us,” saying they must “make correct use of the opportunities offered to them.”

“Recently some deputies have been considering a bill stipulating that Iran will pursue its activities at whatever level of enrichment… if the West decides to impose new sanctions,” he warned.

On Wednesday, foreign ministry spokeswoman Marzieh Afkham said “any new sanction would mean a halt to the (negotiation) process underway” with the world powers.

Past talks with the so-called P5+1 group have stumbled over Iran’s insistence that it retain the right to enrich some uranium — which can be used to make an atomic bomb — for what it says is a peaceful civilian nuclear programme.

There is also disagreement over the world powers wanting Iran to freeze its nuclear programme for 10 to 15 years, while Iran insists on no more than 10 years, and over global sanctions.

Tehran wants an immediate end to the measures while Washington has insisted on a temporary, gradual suspension.

Under an interim deal reached in 2013, Iran’s stock of fissile material has been diluted from 20 percent enriched uranium to five percent in exchange for limited sanctions relief.

This would push back the “breakout capacity” to make an atomic weapon, which Iran denies pursuing.