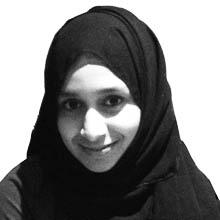 It is completely immoral and shameful that Netanyahu has chosen a sensitive time to think about his own political agenda against Palestine, writes Tasnim Nazeer.

Whilst the majority of the world’s population is trying to raise unity against extremists, the Israeli Prime Minister Benjamin Netanyahu has decided this would be the perfect opportunity to garner support for the unjustified occupation of Palestine.

Following the attack on the French satirical magazine, Netanyahu has been busy calling on the West to support the ongoing Israeli occupation of Palestinian land. In addition, the Israeli prime minister wants to undermine the EU vote on a Palestinian state using the ‘war on terror’ as an excuse.

Palestinians have a right to their land and the EU vote on a Palestinian state should go ahead rather than be halted by Netanyahu’s clear propaganda. It is completely unfair to use the Paris attacks as an excuse to justify occupation of Palestine which has already been through excruciating grief with thousands of innocent civilians being killed by Israeli attacks. Netanyahu has clearly not realised that his war on Gaza is a ‘war on terror’ and killing masses of innocent children and civilians can never be justified.

Israel’s foreign minister Avigdor Lieberman has also been voicing action from the West against what he describes as ‘Islamic terror’ and has spurred several Israeli writers who have also been using the Paris attack as an opportunity to incite hatred against Palestinians.

“We too feel for those who have been killed unjustifiably. However, where is the sympathy when innocent Palestinian children are massacred, are left orphaned and destitute?”

What has innocent Palestinian civilians got to do with the Paris attacks? Why should they have to suffer? The Paris attacks were strongly condemned by the 1.6 billion Muslims around the world and I am sure that there is a huge population of followers of the Jewish faith who also condemn the attacks on Gaza from Israel which killed more than 2000 people.

Netanyahu has urged the West to intensify support against Hamas, which resists the ongoing occupation of Palestine.

Netanyahu told French President François Hollande that “The attacks of radical Islam know no boundaries,” and went onto say that  “these are international attacks and the response has to be international.”

Netanyahu also stated “that all the citizens of Israel feel for the people of France and for the grieving families”. Yet what Netanyahu fails to realise is that we too condemn and feel for anyone that has experienced terrorist attacks. We too feel for those who have been killed unjustifiably. However, where is the sympathy when innocent Palestinian children are massacred, are left orphaned and destitute? Where is the sympathy with Gaza civilians Netanyahu that you are calling the West to support against the people in Palestine which you have harmed and continue to harm under the guise of Hamas? This call on the West to use physical attacks against Palestine is not an attack on Hamas this is an attack on the people of Palestine because they are the ones that have to undergo the bloodshed. It is the innocent families that have been dragged into this war and face intense injuries, loss of loved ones and their livelihoods. Why should innocent babies and children have to pay the price? The fact is they should have never been attacked in the first place.

Netanyahu needs to realise that the atrocities of terrorism that had taken place following the Paris attacks can not be used as a reason to justify his own war of terrorism against Palestine.

President Mahmoud Abbas of the Palestinian Authority sent his own telegram to President François Hollande of France denouncing “these heinous crimes, condemned by morality and religion.”

It is important that the West realise the motives behind individuals in power who refuse to take accountability for their own actions and focus on evil actions of others to fulfil their own political aspirations. Netanyahu is trying his best to ensure that no EU vote is passed for Palestine to have its own state and is trying to cause further disunity amongst the nations.

It is completely immoral and shameful that Netanyahu has chosen a sensitive time to think about his own political agenda against Palestine. I would hope that more people will be alert and aware of the political agenda’s that are conveyed by people in power and use their intelligence wisely to stay united and fight terrorism sincerely to bring peace in the world.