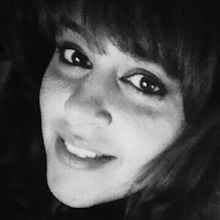 Violence against Egyptian women has received extensive coverage in the newspapers, accompanied by numerous online testimonials. Without looking too closely at the headlines, the sheer volume of stories might have led a casual observer to believe that the media had taken a keen interest in observing the everyday life of Egypt’s street children. In fact, one would have been justified in concluding that there was now an acknowledgement of the prevalence and near normality of sexual violence that young children live through in towns and cities here every night.

I have been working with street children in Egypt for years, and when these young girls—and boys—are left in front of the doors of the shelters catering to them—gang raped, shot, or at times even dead—we are simply told that there has not been a crime “because a citizen has not been involved”.

I SOON REALIZED that the words in the newspapers are actually the horrific stories about other sorts of Egyptian girls, about younger and older women, “welaad naas”, of the working and middle class. And while I was glad their stories were being shared, and that society at large was being made aware of these unacceptable atrocities, I must admit I found it troubling that the everyday lives of our street children are never highlighted in the same way.

The articles on sexual harassment and sexual assault often refer to “citizens’ honor” having been violated, and to “citizens falling prey to gross injustice”, but we have failed to consider the sufferings of the excluded class of street children, who some regard more or less as second-class citizens, unlikely to hold even national identity cards.

I remember a case, for example, of seven-year-old Maya (the younger the child, the lower the risk of contracting HIV is what rapists think), who had been living on the street for just four days when four men gang raped her. I feel a sense of despair that experiences like hers pass largely unnoticed, failing to attract the same public outcry and attention as the experiences of other women and girls.

Sexual violence is the everyday reality for street children, and has been so under whichever Egyptian leader is in power. Street children have lacked social protection far too long, so I thought that maybe by writing this, I could shed a light from a different angle on a phenomenon that many are so horrified by, and so unfamiliar with. By writing this perhaps I could encourage someone to re-visit Egypt’s social protection system in order to see how it can better protect the most vulnerable children, those on the streets.

I am arguing here that this is the ugly face of the street, but just as with a person, even a friend, you only get to see it when you have spent long enough with it!

IT IS THE REALITY of life and it cannot hide forever. We have an obligation as a society to break this taboo: speaking of sexual violence against women on the street is a great first step, but now we need to muster the courage to also speak about the scarring of the children of our streets.

For scarring is part of the street rape culture—any girl or boy raped is “marked”. This mark, usually a curve under the eye of the victim, is supposed to mean that they are no longer virgins. Subsequent sexual attacks—and there will be many—lead to smaller marks elsewhere on the body. One girl, whom none of us at the shelter can ever forget, was lucky: She escaped the scarring on the face but needed sixteen stitches on her lower back where she was knifed as she escaped her rapists. When it comes to talk of scarring, a lot of attention was given earlier this year to the fact that the blade of a knife was used against a recent victim of an assault. I have wondered about the timing of this: Just last month, I took one of my street girls to a plastic surgeon who had generously offered free reconstructive surgery for the scars she and others like her had suffered during such attacks.

“Sexual violence is the everyday reality for street children”

Just as people wag their fingers reprimanding the street kids for being on the street and not at home, ignoring all the reasons that have pushed them into the street, the women getting attacked were also reprimanded. This scolding directed at the women suggests that by not staying safely at home, they are at fault for the attacks. It is time we put the blame where it belongs —once we learn how to do this, the streets might be a little safer for everyone.

And unless we change misconceptions about street children, unless we break our taboos and talk about the extent of sexual violence (and other violence) against them, and unless we take a good look at how our social protection system, welfare and foster care services can better protect and help these children, until then we will have accomplished nothing.