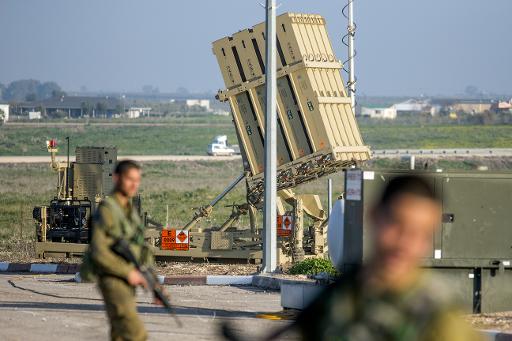 There were no immediate reports of casualties on the Israeli side.

Prime Minister Benjamin Netanyahu later warned that Israel was “ready to respond with force” to any attack.

Israeli army spokesman Peter Lerner said the Syrian fire was “intentional, not spillover from the Syrian civil war” as has sometimes been the case in the past.

In September the army fired at a Syrian military position in response to what it said was stray fire from fighting between soldiers and Islamist rebels close to the armistice line on the Golan.

There has been repeated fire across the ceasefire line since the uprising in Syria erupted in March 2011, not all of it stray.

In August, five rockets fired from Syria hit the Israeli-occupied sector of the Golan Heights and, in July, Israel shelled Syrian army positions when a rocket struck its territory.

Tensions have soared along the ceasefire line since a January 18 air strike attributed to Israel killed six Hezbollah fighters and an Iranian general near Quneitra on the Syrian-held side of the strategic plateau.

Defence Minister Moshe Yaalon said Friday that Israel was prepared for any retaliation by Lebanon’s Hezbollah, which is operating in Syria in support of President Bashar al-Assad.

“Israel will hold responsible governments, regimes and organisations on the other side of our northern borders over any violation of Israel’s sovereignty, or an attack on soldiers or civilians,” he said during a tour of the Golan and the nearby border with Lebanon.

Israel has deployed its Iron Dome missile defence system in the north, where local media say it is amassing tanks and infantry reinforcements.

The army said that after Tuesday’s rocket attack it evacuated visitors from the Mount Hermon ski resort near the armistice line and security sources said farmers were told to leave their fields and go into bomb shelters.

Police said they had set up roadblocks to stop civilians entering the area.

Israel seized 1,200 square kilometres (460 square miles) of the Golan from Syria in the Six-Day War of 1967 and annexed it in 1981 in a move never recognised by the international community.

Syria and Israel are still officially in a state of war.