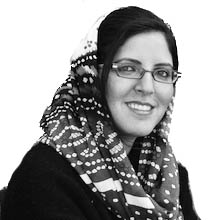 Last week, my young cousin in the second grade ran inside after an explosion shook the windows. “I don’t mind when the house shakes, I just don’t want to die in it,” he said out of breath. “You won’t.” I reassured him. He then went back to play. I followed him outside to find a group of children playing a political game: President Hadi v. Abdulmalik Al-Houthi. Their mission was to free the cats held hostage. As I sat there watching this game unfold, I heard them throw many terms around: democracy, justice, national dialogue conference etc. The words Sunni or Shi’a, were never mentioned.

This is not surprising given the fact that affiliation to a madhab (religious school of thought) rarely comes up in conversations in Yemen. This is slowly changing, and many fear that this historic diversity and tolerance might become something of the past.

To say there are no sectarian tendencies or cleavages in Yemen is incorrect (as Dr. Shelagh Weir explained from the 1980s), but the oversimplification of explaining the current power struggle entirely on historic theological differences between Sunnis and Shi’as is incorrect as well.

This is incorrect for a variety of reasons that I will summarize here.

First, while no statistics have been collected on the composition of Ansarullah, commonly known as Houthis; it is believed that many of their members are Zaydi but also come from various religious schools of thought in Shi’a and Sunni Islam, including Ismaili, ShafiÊ¿i, and Ja’afari. Many Sunni tribesmen and soldiers have also joined the Houthis and fight along their side. In fact, prominent Shafi’i leaders like Saad Bin Aqeel, a Mufti of Ta’iz, are amongst Houthis’ leaders and in fact presented a Friday sermon at one of the sit-ins prior to their advance into the capital.

Second, Zaydis share similar doctrines and jurisprudential opinions with Sunni scholars. As Helen Lackner, author of Why Yemen Matters? stated “this has little, if anything, to do with theological differences or a Sunni/Shi’a split, but is based on issues of social cohesion, including tribal allegiance, power, control and (the absence of) development and social security funding for an increasingly impoverished and suffering population.”

Third, socially speaking Yemenis have lived and continue to live together without segregation. Muslims in Yemen, from the various schools of thought, whether Sunni or Shi’a, pray side-by-side, people intermarry without any special procedures or “conversions,” and communal violence based on confessional membership has been rare.

Fourth, according to Houthis their actions do not aim “exclusively or even primarily at establishing a Zaydi political order” as Stacey Phillbrick Yadav, Associate Professor and author of “Islamists and the State: Legitimacy and Institutions in Yemen and Lebanon” states. She adds, “Similarly, the fact that Islah’s membership is predominantly Sunni doesn’t mean it is working to reestablish the caliphate.”

Fifth, not all Zaydis are Houthis. Well-known Zaydi scholars and religious centers have been divided on their stance towards the Houthis.

Sixth, missing from the analysis is the link between rural deprivation and wider political contestations, and conflicts. The longer the transitional government ignored people’s grievances, the more the ranks of the discontented swelled. Last straw was when the government lifted the fuel subsidies overnight without warning in 29 July 2014, increasing the price of fuel and diesel by 60 and 90 percent. Mass protests erupted, and Houthis capitalized on these grievances, and by so doing, gained a significant number of new membership from various bacgrounds (not only Zaydis) which helped them expand.

Seventh, while sectarian cleavages are becoming exploited by various groups, such as when al-Qaeda uses the rise of Houthis to recruit more people to defend “the Sunnis,” it is important to remember that those fighting al-Qaeda are not all Shi’a nor are they all Houthis.

“Not all Zaydis are Houthis”

Eigth, if this was a sectarian issue, Saleh (who is technically Zaydi) would not have engaged in six wars with the Houthis from 2004 – 2010. It appears that today’s former enemies have formed a temporary alliance.  This indicates that these conflicts are political in nature.

Ninth, there is no sectarian dimension to the victims of the violations by the Houthis such as the detention of activists and journalists in recent protests.

Finally, while the geopolitical tensions between the various political camps of course impacts what is happening on the ground, it is incorrect to explain the political dynamics in the country as simply foreign interference. In addition, narrowly framing the ongoing issue as sectarian absolves the transitional government from their duties as it helps them blame everything on foreign actors, rather than making them accountable for the localized grievances found throughout the majority of Yemen. It also absolves Houthis from the violations they have committed blaming their actions on theological differences instead of political aspirations.

As these ten points demonstrate, the issue cannot be reduced to a theological war. Analysis must include these nuances in order to better understand the ongoing political dynamics. Without a proper understanding, policies will continue to be flawed and no solutions will be formulated, which would perpetuate the cycle of violence.

This article originally appeared on Atiaf’s blog Woman from Yemen.