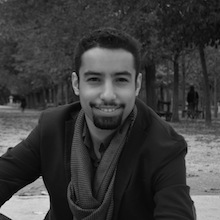 Bahrain depends heavily on oil as an income source. Petroleum production and refining accounts for 77% of Bahrain’s export receipts, 87% of government revenues, and 19% of GDP. Amid the decline of oil prices to below $60/barrel, the government received many calls to diversify the economy. However, the remaining question is whether Bahrain will manage to diversify its economy without citizens’ contribution?

The island incurs a substantial deficit, carrying a government debt of more than 40% of GDP. As Bahrain’s public debt approached its ceiling of five billion dinars, the subsidy policies remains untouched.  And instead of implementing austerity measures or diversifying the economy, the country’s monarch issued a decree to raise the public debt to seven billion dinars.

Bahrain to many social scientists is a “rentier state” in which the state public budget is “dependent on a collection of unearned revenue from the extraction of natural resources.” The rentier state theory questioned the democratization process of the oil-rich Gulf states, and suggested that, as long as the states have sufficient amounts of such income (oil-income), it may not have a strong incentive to democratize, reform or develop economically, politically, or socially.

In a rentier state, the government collects oil revenues and distributes the proceeds to the population. However, Bahrain’s government today, given the economic challenges stated above, isn’t capable of distributing the reserves at an equal extent. The population relies on the government’s social welfare program that includes generally food, shelter, income, and job opportunities. But in the current situation Bahrain’s population faces major challenges such as an unemployment rate at 7.4 per cent, monopoly of government tenders, inflation of political naturalization, and controversies over access to state housing and infrastructure complaints.

However, the rentier state system is finite, and because large government welfare packages are unsustainable in the long term, Bahrain must consider reform in the economic sector.

Bahrain’s political arena is the main problem of a primordial system. The attempts of promulgation of the constitution and organizing fairly cosmetic parliamentary elections did not allow for further political participation. Bahrain’s ruling Al-Khalifa family dominates the political system and economic sectors, in which they hold a tight grip on public revenues and reassure their authority over the state and the people.

Bahrain’s ruling family has long adopted strategies to distract people from the political and economic realm. From time to time the King grants ‘Makrameh’ (royal honorary grant) to the people as a way, according to Nazih Ayubi, “to further ensure the continuing command of such attractive state affairs … the ruling system tries to depoliticize social relations and to promote modernization in a certain variant of technicism or managerialism as a source of legitimacy of the regime.”

Corruption: The corruption of the Bahraini system can be seen through the distribution of resources that are generated from the country’s revenues. The resources are poured within a limited circle of strategic elites in a successful attempt to win their support. Since the Al-Khalifa family adapts neoliberal policies, wherein state enterprises are privatized, the monopoly of ownership was given to friends and kin. The negative impact of such corruption relies on the breadth of the inner body of this kleptocratic regime. This does not only affect the average citizen, but also merchants and business owners who have close ties with the regime and are benefiting from the current corrupt system, yet experience an increased sense of suffocation over the high level of corruption.

Thus, the current corrupted system generates economic grievances, connected to cronyism, nepotism, and corruption. This current infrastructure is dangerous for such regimes, as it depends broadly on the strategy of distribution. As oil revenue drops and it’s no longer the only source of income, elites are disgruntled by the corruption, the regime fails to maintain a balancing act between elites – who can be truly relied on for loyalty – and those more independent elites whom have demonstrated grievances.

Taxation: The absence of a taxation system in Bahrain hurdles the democratization process. This is beneficial to the ruling elite, because the lack of transparency and participation in the revenue-gathering capacity makes people subjects rather than actual active citizens. Some taxes do not require people’s consent, such as import and export taxes of oil reserves. Supposedly, in a rentier state like Bahrain that is highly dependent on oil revenue, such natural resource becomes public only where the consent of the people is required. However, in Bahrain, oil revenue is monopolized to be an asset to the Al-Khalifa family, therefore taxing the people becomes unnecessary. The “no representation without taxation” phrase is an accurate characterization of the status quo in the country, where people are treated as subjects rather than citizens.

Under Keynesian economics, Bahrain’s social welfare programs involve subsidies on essential commodities, efforts at reducing the unemployment rate, and more spending on education, health, housing, and other social services. Because Bahrain had limited resources of oil, this has only worked for a while, costly as it is. According to Moody’s, the Bahraini government’s current spending has increased largely due to higher spending on welfare, social security, and subsidies. As a result, Bahrain has the highest fiscal breakeven oil price in the GCC, at $125.4 in 2014, according to the IMF.

Today, Bahrain’s rulers face major challenges in legitimacy. Max Weber once wrote: “Without legitimacy…a ruler, regime or governmental system is hard-pressed”. The current economic challenges affect the state’s residents in the long run. Irish Republican politician Gerry Adams once said, “It will always be a battle a day between those who want maximum change and those who want to maintain the status quo.”

The divided public in Bahrain will eventually demand collective reforms, either when they realize that royal handouts are untenable or when they no longer believe that their monarchy is legitimate.

ALSO SEE Bahrain’s synagogue: The only one on the Arabian Peninsula