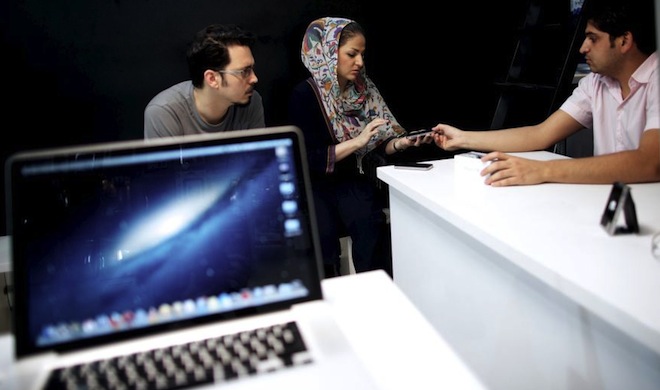 At the end of last year Facebook consolidated its position as the Middle East’s most popular social network, notes Damian Radcliffe in his outlook on the region's online scene.

With 74 million users across the region, Facebook has nearly twice as many users as its nearest rival, Twitter, according to a study by Northwestern University in Qatar and the Doha Film Institute. And that market domination grows further still once other members of the Facebook Family – such as WhatsApp and Instagram – are added into the mix.

So what changes can we anticipate to see in the Middle East’s social scene in 2015?

Below are five personal predictions for the year ahead.

1. Facebook will continue to lead the pack, especially in North Africa.

Regionally, Facebook’s position looks unassailable, and it still has plenty of room for growth. This is especially true in populous countries like Egypt, Algeria and Morocco, where the percentage of the population using the network remains less than one in four.

2. Instagram usage will continue to grow rapidly, especially in the GCC and Levant.

Fuelled by smartphones and a love for visual communication, the photo sharing website will see a faster adoption curve in many sub-markets. In some markets like Lebanon, it will overtake Twitter for the first time to become the second most popular social network.

Usage by nationals in UAE and Qatar – the world’s leading countries for smartphone adoption – will be north of 50%.

3. Messaging apps like WhatsApp and Snapchat will also grow rapidly.

Their closed nature will appeal to privacy concerns of many users, allowing conversations on a wide range of topics in a slightly more controlled environment. Evidence from Qatar shows how these channels are used for everything from photo sharing and status updates, through to discussions about the news, religious issues, and opportunities for e-commerce.

These channels already account for 10% of mobile data traffic in the region and this percentage will increase in the coming year.

4. Government bodies will substantially increase their efforts to engage with citizens through emerging social channels like Instagram, Snapchat, and WhatsApp.

These moves will stem from recognition that most existing social media efforts are often surprisingly ineffective, as well as a need to go where the eyeballs are.  As a result of this, expect more countries to follow the recent lead of the UAE government which in 2014 launched a unified Instagram account promising behind-the-scenes footage of government work, including “on-the-spot information” from Cabinet meetings.

With many Government bodies across the region committed to promoting eGovernment and eParticipation, a change of approach is needed if these aspirations are to be aided by riding the social wave.

As smartphone and social media take-up continues to grow across the region, the likelihood of these clashes will also increase. With the social genie already out of the bottle, these issues are not going to go away.

Hopefully however there will be plenty of opportunities in the year ahead for balanced discussions about how to address – and manage – these concerns in a manner which acknowledges cultural sensitivities whilst at the same time reflecting everyday tech realities.

This is a specially adapted extract from Damian’s third annual round-up of developments in the Middle East’s fast moving social media scene. You can download a copy of his full 2014 report from his personal website, as well as Scribd, SlideShare and Academia.edu.