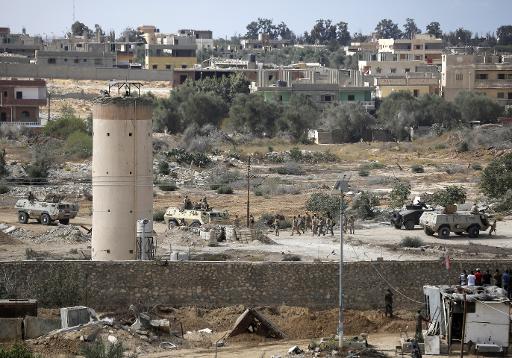 “It was without justification, and there had been no incursion from the Palestinian side” of the tiny coastal enclave, which borders Egypt’s Sinai Peninsula.

The statement, which did not refer to any casualties, called for an immediate investigation into the incident.

The claim comes at a time of high tension between Hamas and Cairo.

On Saturday, an Egyptian court banned Hamas’s armed wing, the Ezzedine al-Qassam Brigades, and ruled that it is a terrorist group.

Since the military ousted Islamist president Mohamed Morsi in 2013, the Egyptian authorities have accused the Palestinian group that controls Gaza of aiding jihadists who have increased their attacks on security forces in Sinai.

In early January, Egypt began work on doubling the width of a buffer zone along the border with Gaza to prevent militants infiltrating from the enclave.

The buffer zone was created following a suicide bombing on October 24 that killed 30 Egyptian soldiers and wounded scores.