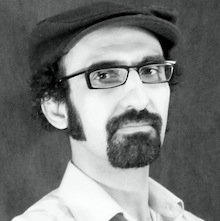 The above photo of an auditorium of men in a conference on women, although taken in 2012, was resurrected by English online media over the last week. It has been billed as a photo of a conference on “Women in Society” without any female participants. Closer inspection of the original article that accompanied the photo, in the Arabic Okaz newspaper, shows that the English sources were more concerned with the shock factor of the photo than the details of the conference. Make no mistake: the conference was even more disturbing than the photo suggests.

Held at Saudi Arabia’s Qassim University from April 10-12, 2012, the conference, “Women in the Prophetic Biography and Contemporary Women: Saudi Arabia as a Model”, opened with a presentation of awards to a number of male participants. Over 140 scholars from 15 countries participated in the event, and, as it turns out, there were female participants. Although exact numbers are difficult to come by, there were at least a dozen women who attended the conference, albeit in a disembodied form. Videos of the conference posted on YouTube record the voices of female presenters being broadcast to an all male audience, with the women giving their talks from an unseen hall of their own.

These disembodied voices, all of them belonging to female academics, joined in the 3-day chorus of men trumpeting the Saudi Arabian version of Orthodox Islam as the provider of optimum rights for women. The main recommendation of the conference, and the subject of at least one of the female presenter’s talks, was for all Islamic countries that had adopted the UN Convention on the Elimination of All Forms of Discrimination against Women (CEDAW) to renounce it. The reason given for this position was that CEDAW conflicts with the “Islamic vision of women”. Dr. Balqis Fatuta, a woman who attended the conference, said that if the only outcome of the conference had been the recommendation to withdraw from CEDAW, that would have been sufficient.

ANOTHER RECOMMENDATION in the conference’s final statement was “the necessity of approaching women’s issues with justice and fairness and considering woman’s main duty in her home and family to be work deserving of reward and praise”. Given such a recommendation, it is no wonder that even the female presenters in the conference could not be present as physical bodies. They themselves adopted the resolution to restrict women to the home space, and therein lies the strangest rational contradiction. The female presenters assented to a motion that essentially condemned their very presence, such as it was, in the conference. Yet, were they really at the conference, given their disembodied state?

They were present only in the form of token female voices asking for the denouncement of gender equality. The degree to which women are denied the right to space in Wahhabism, the dominant ideology in Saudi Arabia and in most fanatic Islamist movements, marks the pinnacle of male chauvinism. In this male kingdom, women are not even considered mere objects. For objects are not denied visibility. In a conference on cooking pans, there would be an array of cooking pans in the form of samples, pictures, sketches, and so on.

NONETHELESS, sensationalizing photos and stories should not be allowed to reinforce the dominant narrative that all women in the Middle East are helpless victims. Such discourse renders the existence of feminist and progressive forces in the region unimaginable – forces that are desperately in need of international visibility and solidarity. If anything, on a dialectical level we should expect the most radical feminist movements to emerge in the face of Islamist male chauvinism.

In a still little-known corner of the world known locally as Rojava, this is precisely what has happened. An all women army that accounts for one-third of the fighting force in this predominately Kurdish region of Syria has taken up arms against some of the most brutal campaigns launched by the Islamic State. In addition to the Women’s Protection Units (YPJ), women in Rojava are also engaged in a revolutionary reformation of society. If the Islamic State represents humanity’s darkest point in this age, the Rojava revolution is perhaps our brightest moment of hope.