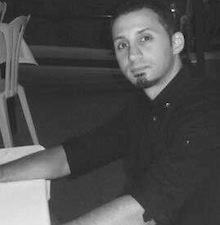 The war against the group known as the Islamic State, or ISIS, has been a slow one and much of its progress is hampered by a lack of commitment among regional partners. These partners, namely the United Arab Emirates (UAE) and Turkey, have been more concerned with the removal of Bashar al-Assad in Syria than the more urgent threat now posed by ISIS. Turkey’s role has been particularly concerning as the border shared with Syria remains largely open to Syrian fighters that allegedly include members of al-Nusra and the Islamic State. In most cases, Turkey has undermined U.S. interests with regards to ISIS. U.S. politicians, however, have done little to compel Turkey to change its role in the conflict.

In October of last year, U.S. vice president Joe Biden criticized both Turkey and the UAE for supplying arms to groups fighting Assad that included al-Nusra, al-Qaeda, and other “extremist elements of jihadis”. This accusation was not farfetched nor is it outdated by any means. Turkish media outlets published reports that Turkish intelligence had been escorting vehicles delivering weapons for jihadis in Syria as late as last month. Those reports have since been censored by the Turkish government. Nonetheless, Biden was forced to backtrack on his statement, particularly with regards to Turkey, out of fear of damaging U.S. relations in the region.

The lack of criticism against Turkey in the United States is nothing new. Turkey is a strategic NATO ally that has often engaged in gross human rights violations within its borders and violated international law beyond its borders. The most notable incident of the latter case was its foiled plan to carry out an assassination against the Iraqi Kurdish governor of Kirkuk in 2003. Turkey received nothing more than a slap on the wrist and a very passive American media did little to cover the event.

The importance of Turkey to the United States extends beyond its NATO membership and geopolitical interests. The Turks wield significant political power and influence in Washington. The Turks have a successful network in the U.S. that serves their own national program. Their main lobby group, known as the American Turkish Council, boasts of its so-called “golden horn” members that include such powerful companies as Lockheed Martin and Boeing. These companies exercise their own political influence to protect their interests, and presumably, that of Turkey.

While Turkish lobbyists may not always see eye-to-eye with Turkish Prime Minister Recep Erdogan on a variety of issues, maintaining defense trade ties between the U.S. and Turkey is something they can all agree on.

Such ties among other things translate to sensitivities with regards to any public condemnation of Turkey. However, the lack of a public display of concern among U.S. politicians as well as the lack of media coverage regarding Turkey’s counterproductive role in the conflict in Syria and Iraq does a disservice to American efforts in the region. Aside from Biden’s brief statements last year, the American mainstream media and its political analysts continue to falsely describe Turkey as an important member of the coalition against ISIS.

MEANWHILE, testimonies by former members of ISIS go as far as describing Turkey as being an ally of the terrorist organization. Such testimonies go hand-in-hand with the censored Turkish media reports of cooperation between Turkish intelligence and jihadist groups in Syria. In addition, Turkey refuses to allow the U.S. to use the Incirlik airbase to conduct airstrikes against ISIS, further impeding U.S. efforts.

Turkey’s current alleged role places a huge risk on American efforts in the region. Without Turkey’s participation, the U.S. is limited in its ability to stop the free movement of extremist elements in the region as well as the flow of arms to Syria that often get into the wrong hands. In the 2003 Iraq war, the U.S military faced difficulties securing Iraq’s western border with Syria; a border that was loosely guarded by the Syrian military whose government, along with Iran, saw the benefits of an insurgency that would embroil U.S. troops in a long and nasty conflict. This was also in part due to Turkey’s refusal to allow the U.S. to use its military bases. The same difficulties, except this time on the Syrian-Turkish border, are again caused by Turkey’s counterproductive role and lack of commitment to the U.S.-led coalition.

A serious discussion about Turkey’s current role should be brought to light by all American stakeholders, including members of the media and leading politicians. The inaccurate description of Turkey as a positive player by many media outlets only harms coalition efforts against ISIS. These falsities allow Turkey to continue a policy that comes in direct conflict with American efforts in the region.

The current discourse effectively allows Turkey to continue with its counterproductive role in the conflict while doing little to persuade the Turkish government to change that role. Turkey is described again and again as an ally of the U.S.; it’s time they start acting like one.