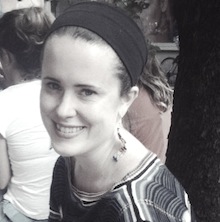 “In their eyes, we don’t deserve to live like people in the rest of the world and we don’t have feelings or emotions or cry or feel pain like all the other humans around the world.” These were the words from 13-year-old Mohammed Saleh Tauiman when he was interviewed by the Guardian last September about the deaths of his father and older brother by a US drone. He described the drones as “death machines” that gave children in Yemen nightmares, “They turned our area into hell and continuous horror, day and night, we even dream of them in our sleep.”

ON JANUARY 26, 2015 Mohammed became the third member of his family killed by drones. His killing was justified by the CIA (and the New York Times) because he was a suspected al-Qaeda militant. But as one of his brothers said, “He wasn’t a member of al-Qaida. He was a kid.” According to the rules of the war on terror, however, this doesn’t really matter. The Obama administration “counts all military-age males in a strike zone as combatants.”

These self-written rules, the secrecy by which they are applied, and the distortion of language to disguise the resulting violence are indicative of drone warfare. Describing Mohammed as a “terrorist” shuts down debate about whether he was an insurgent or an innocent teenager living in an impoverished area of Yemen where only al-Qaeda forces had offered his family any support after his family’s breadwinners were killed by drones. Even the barest suspicion that he may have been affiliated with terrorism is enough to ensure that his death does not matter. How we choose to name things gives us the illusion of ethics, and as a consequence those like Mohammed and the hundreds of other civilians killed by US drones are covertly deprived of their humanity, their deaths another contested statistic.

“On January 26, 2015 Mohammed became the third member of his family killed by drones”

In understanding how violence can be inflicted with such indifference, Randall Collins writes that group boundaries determine the extent of human empathy, “within those boundaries, humanity prevails; outside them, torture is inflicted without a qualm.” The nomenclature of the war on terror thus put Mohammed beyond the borders of our common humanity. His incinerated body, “completely burned, like charcoal,” according to his brother, belongs to the category of lives that are ungrievable.

Mohammed’s death is not enough to count in “the algebra of infinite justice;” rather it is surrounded in secrecy that the US government does not want us to contemplate. They rarely acknowledge the drone attacks, and provide scarce details about their victims. The New Yorker cited sources that their civilian death toll is in the hundreds, somewhere between 250 and 950 civilians killed by drones in the decade before 2014. Der Speigel has detailed how the NATO-led security mission in Afghanistan determines how many civilian casualties are permitted. “The rule of thumb was that when there was estimated collateral damage of up to 10 civilians” then the drone attack was deemed “justifiable.”

This indifference to the victims of the war on terror is nothing new. How many times do we hear that there were 4,486 killed in Iraq (the number of US soldiers), rather than the untold hundreds of thousands, or half a million, or almost one million Iraqis who lost their lives in the invasion, ensuing sectarian warfare, and the decade of sanctions and starvation that preceded it? In 1996, it was brought to Secretary of State Madeleine Albright’s attention that 500,000 Iraqi children had died as a result of the sanctions. When asked whether the price was worth it, she replied, “I think this is a very hard choice, but we think the price is worth it.” How many dead Iraqis is the price of building their democracy? How many dead women, children and innocent men (even those of military age) for every dead terrorist? How many Mohammeds must be killed in Yemen to make the world a safer place?

There is something sinister to how drone warfare is making its victims as invisible as the drones themselves. Eyal Weizman leads the Forensic Architecture project that investigates drone strikes with publically available surveillance footage. Analyzing the rubble left in their aftermath, he reconstructs the scenes of violence that the US government either denies, or does not acknowledge. The optics available to drone operators are truly spectacular. “I could see exactly what kind of gun it was in back,” said one pilot continents away from the battlefields of Afghanistan. Yet with satellite imagery, the highest resolution images degrade to a pixel representing 50cm by 50cm of terrain. For the team of forensic architectures, this translates into the geopolitics of the pixel, “It means that a drone could hide undetected in one of those pixels…(it) also hides the damage caused by drone strikes.”

This ensured secrecy is inseparable from how drone warfare is conducted. It is summarily assumed that military age males killed by drones are combatants, and little is ever detailed about their civilian casualties. The argument is always that drones kill fewer civilians than airstrikes or ground forces. This is difficult to dispute. But it presupposes that the war on terror is necessary, which is difficult to debate amid such secrecy. Unlike the children of Yemen who go to bed dreaming of drones, we can rest assured that our way of war is more humane, our violence more civilized when drones “are deliberately designed to incinerate people to death.”

Drones are presented to the public as the lesser evil. But through this logic of the lesser evil the violence of the war on terror is naturalized, justified, and thus amplified, “with the result that a greater evil may be reached cumulatively.” But whether 13-year old Mohammed or the 41 civilians killed in a drone attack on their wedding party back in 2009, the drones’ victims are rarely ever acknowledged, their heartbreaking stories never make the front page. Talal Asad writes that there are two categories of human beings: “torturables and nontorturables,” and the boundaries are written to set some beyond the pale of our moral obligation such that violence against our enemies is not just “morally indifferent but morally motivated.”

THERE IS A HYPOCRISY to speaking on behalf of human rights but refusing to acknowledge the humanity of those killed. Drones are hardly the only instance of ideals and interests coming into conflict, but is it in the interest of a democracy to kill its enemies only on the basis of suspicion? Does killing Mohammed in Yemen and the hundreds of other civilians by drones in Afghanistan, Pakistan, and Somalia undermine the claim to moral superiority that the US so often makes in the war in terror, perhaps even making it complicit when drones not only inspire more hatred but also create more terrorists?

In the war on terror drones are also terrifying. Moreover, terrorism is unlikely to ever go away. Rather than extending this undefined war indefinitely, it would be better to at least acknowledge the humanity of the victims, who as human beings have mothers and fathers who grieve for them, who have experienced loves and sorrows that are probably very close to ours, and who also have rights, although ones that the drones deprive them of by a push of a button.