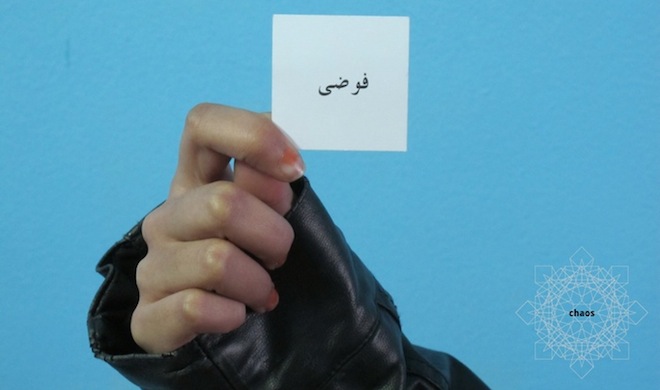 Words and their meaning change as time passes in Egypt. One poet and dictionarist wants to document and archive these developments so society doesn't forget.

This fundraising campaign is focused on building a digital text and sound archive for the material that Amira Hanafi and her team have collected in the past year. Through one-on-one interviews, leaping off from particular hot-button words, “A Dictionary of the Revolution makes space for viewpoints that are no longer represented in the media or in the Egyptian public. The book and archive preserve the memory of a moment in Egyptian history when many voices could be heard.”

Open to the public, Hanafi writes, the Dictionary archive “could be used for research, as the basis for other projects, or just exist for posterity: so we don’t forget the uprising in Egypt as time passes and things change.”

The campaign’s minimum goal is $2,500, and it’s already more than halfway there.

Dictionarist and poet Amira Hanafi answered questions by literature blogger ‘ArabLit’ about the project as it stands now.

ArabLit: Many folks’ definitions must have changed since you started. Will your dictionary add in a time element, somehow move through time? Or is it a fixed glimpse at a dialouge in 2014?

Amira Hanafi: All of the interviews in the current collection were conducted in 2014; in that sense it is a snapshot of dialogue in that year. However, I wouldn’t say that the collection represents a fixed view. Change in Egypt has been rapid. Throughout the year, I noted both subtle and conspicuous shifts in dialogue. For instance, a number of people chose to talk about the word intakhabat (elections) in interviews leading up to the presidential elections in May. Some talked about what they expected to see: namely, a large voter turnout. When that didn’t happen, people’s idea of elections changed again, and that’s represented in the collection.

Alongside my project to compose a book from this collection of material, I’d like to build a more interactive website for the archive that would allow for people to add definitions over time. Online — as opposed to in print — the archive could transform over a longer period of time and come to represent a larger number of views. Producing an interactive archive depends on the results of my current crowdfunding campaign.

AL: Now, four years after 2011, there is a bit of fatigue with serious political discussion. Was there any point at which you wondered, “Agh, what have I gotten myself into?”

AH: I had a few people refuse to participate in interviews while saying something like, “I don’t want to think about those things anymore.” Those were the worst moments in the process for me, because I think of silence as a risky space. When someone says, “the revolution is over,” I think that it is over for them because they’ve resigned from the public conversations that are a significant site of change.

Truly, I feel quite privileged to have had reason to spend much of my time over the last year listening to people talk about the language of the revolution, which has, for me, kept the uprising of consciousness alive.

AL: How did you find your interviewees, and make sure you were getting a real cross-section and not just friends of friends?

AH: In my personal life, I’ve sometimes been asked to comment on current events “as an Arab,” “as a female, or “as a Muslim.” I don’t think I’m alone in finding it maddening to be asked speak on behalf of a social group with whom I am perceived to share a certain characteristic. When I’m part of a human conversation, I express my own views. They shouldn’t be taken as representative of any portion of the population.

For this project, I made efforts to reach as diverse a group of people as I could — my team and I have talked to almost 200 people, including adults and children, men and women, poor and wealthy, in several parts of the country. What I mean to do with this material is fabricate a dialogue from diverse perspectives, in which each voice is unique. I don’t subscribe to the idea that Egyptians of such a class, such a gender, and living in such place believe one thing, and Egyptians of another class, gender, or location believe another. My research substantiates that.

I’m not working with a statistical methodology or attempting to conduct academic research. Neither am I journalist or an ethnographer. Although I may be informed by these methods, I am at the end of the day an artist working with discursive conversations that are not quantifiable. I aim for the book I compose to contain a compelling conversation that represents some of the idiosyncrasies of Egyptian voices, and tell the story of the last several years from a multitude of perspectives. It is literature.

AL: Have your own definitions changed through the last year?

AH: Yes, and they keep changing as I listen. Personally, I found the discussion of “social justice” to be quite compelling, as the concept has a long history in contemporary Egypt. People of all walks of life shared informed opinions, something I’m not sure I would find in other countries. Another word that keeps changing for me is “revolution.” A number of times, I’ve called into question the title of the project, but it’s still the best I can manage.  I don’t really know what to call it that wouldn’t be quite cumbersome: perhaps, “A Dictionary of Disputed Events in Egypt from 2011-2014.”

AL: What will you be looking for when you go through the transcripts? What will make the cut?

AH: I’m very much a process-based artist. First, I created a system for conducting research. In the early days of research, we moved quite slowly, returning to and revising the system as we went along. Later, we were able to move faster. The research process then informed a system for reviewing the material. I can’t say now, in the middle of reviewing the material, what will be included in the book. That’s a question I’ll have an answer to once I have the complete, edited collection organized in such a way that I can listen to all of the definitions for a single word in one go. The experience of listening is what will inform what goes into each entry in the Dictionary.

AL: How do you imagine the life-span of this project? Being part of a dialogue in the moment, or having something to say about Egypt, about words, about political and social aspirations, for a wide audience?

AH: I think what has motivated me most to do this project is what generally motivates me as an artist: an urge to put my skills to use to document and interpret my social and political context. I’m too familiar with what social and political activists do with their time to call myself one, although I very much respect the organizing work they do on a grassroots level. In fact, I am an artist, and what I know how to do is interpret information. I imagine the book to exist as both a documentation of this very significant time in Egypt and as an aesthetic interpretation of a public conversation that included so many people in a unique moment in time, .

AL: Will you be translating it into English?

AH: Yes, but that will now be the last step in the process. I’ll compose the book in Arabic first and publish it in Egypt. Afterwards, I’ll compose an English version of the book. This work is not only translation; it is also adaptation, for an audience for whom the context of the revolution and its specific events are less familiar. Thus, the book might require different structure, might include different voices from the collection, and will require conscientious translation to approximate the original Egyptian popular colloquial.

AL: What will the fund-raising support?

AH: Because I initially expected the timeframe of the project to be much shorter, I urgently need funds to complete the review of the material. I also need additional funds to transcribe all of the individual word libraries (rather than only the selections that make it into the book). If the minimum crowdfunding goal is reached, I’ll be able to make the complete archive available to the public.

I’ve also set other goals for the crowdfunding that would support a sound archive, and a website that will allow the archive to grow over a few years through public interaction.

Find out more about the project here.