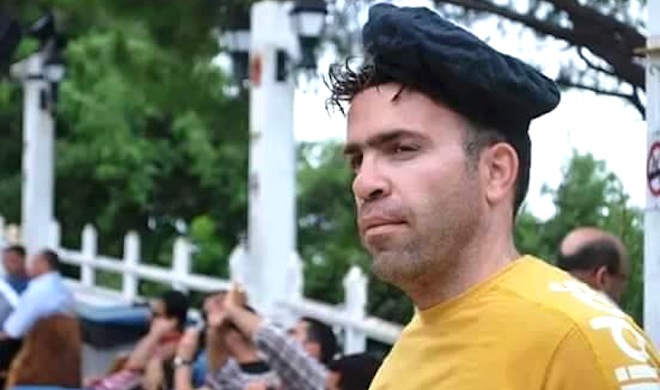 The unspoken battle going on in Syria today, beyond the dichotomy of Assad and ISIS, continues with no attention or serious action from the international community. The parties of this battle are, on the one hand, the independent, influential and nonviolent activists. And on the other hand, armed groups, from regime forces and its militias to opposition forces in areas out of regime control.

Since the very early days of the Syrian popular movement, nonviolent activists were among the regime’s main targets. Since the first months of the peaceful demonstrations, the regime’s strategy to silence these voices has become very clear. The list of examples remains endless.

In just three days, the nonviolent activist Ghiath Matar, 26 years old, was arrested and his “cleansed body” was delivered to his family in September 2011. Ghiath was one of the engines driving Daraya’s peaceful demonstrations. On 7 October 2011, the influential Syrian-Kurdish leader Mashaal Tammo was assassinated by masked men. They burst into his apartment and gunned him down.

“Nonviolent activists were among the regime’s main targets”

LAST YEAR, I wrote, “the regime believed that killing Tammo would hinder the Kurdish participation in the uprising”. The same happened to Omar Aziz, 63 years old, a Syrian anarchist whose impact on the self-organization in local levels during Syria’s popular movement remains deep. In February 2013, Omar died in the Assad regime’s custody. A year later, February 2014, Bassam Basleh was “killed in the Damascus country side of Al Tal, in a dark street with seven bullets,” one of his colleagues told me. Bassam is the founder of The Current of Citizenship and Democracy, working for a sustainable contribution to the ongoing struggle.

Moreover, in order to support the assassination strategy, there was an established selectivity in the presidential pardons issued by Assad “freeing common criminals and people jailed for traffic offences”, while keeping activists inside.

The dynamics of these assassinations seem to have accelerated in Yarmouk Camp for Palestinian refugees, south of Damascus. This is the camp where between July 2013 and February 2014 at least 194 people died because of the regime siege, leading to starvation “accelerated by dehydration” according to Amnesty. Since the beginning of 2014 until this day, at least 10 documented assassinations took place at Yarmouk, which is under the opposition’s control. The targets clearly are relief activists and mediators for solutions and a ceasefire in Yarmouk, many of them affiliated with different Palestinian factions, who are working to ease the suffering of the remaining 20,000 besieged civilians in Yarmouk.

TODAY another young activist joined what seems to be an open list of targeted activists. Firas Naji, a 41-year-old nonviolent activist and the general coordinator of Basmeh Social Foundation, was found dead in his house with a bullet in his head. Basmeh is leading one of many grassroots foundations working in Yarmouk on relief and alternative education. Among Basmeh’s most important efforts to date are two initiatives: The Water Project, where hundreds of liters of drinking water is produced every day from a newly constructed well to break over 150 days of water siege by regime forces, and the Farming Project, where hundreds of kilograms of different crops were produced to counter the effects of the deadly 586 days siege.

Amid all the disagreements between the regime and its armed opponents, there seem to be a fundamental agreement and a mutual decision to terminate any form of independent critical activism in Yarmouk and Syria at large. The organizers, mediators and influential individuals seem to threaten the interests of all parties and their preferred status quo. The beneficiaries of such status quo are the brutal regime and the groups having their hands on areas out-of-regime control. The targets remain those working for the peace process from the grassroots to the national levels.