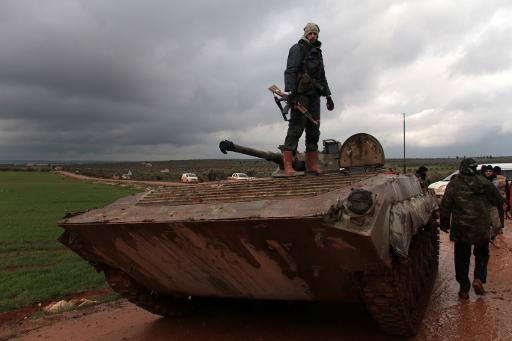 The US military said Friday the training of moderate Syrian rebels will likely begin within four to six weeks in Turkey after the two NATO allies clinched an agreement last week.

Potential recruits still needed to be vetted for the training sessions, which will take place in Saudi Arabia and Qatar, as well as Turkey, Pentagon spokesman Rear Admiral John Kirby told a news conference.

About 1,500 Syrian rebels had been identified to take part and of those 100 had been screened and approved, Kirby said.

“I won’t put a date certain on when the training will begin, but our assessment is that we could be ready sometime within the next four to six weeks to begin actual training,” Kirby said.

About 1,000 US troops will be heading to the region to oversee the training and to provide logistical support, and an advance team of 100 is already on the ground making final preparations, he said.

“Things are moving in the right direction” but there is a “long way to go,” Kirby said. “Nobody’s underestimating the challenges here.”

A spokesman for Turkey’s foreign ministry said earlier Friday that the train-and-equip program for the Syrian opposition fighters would begin on Sunday. But it was unclear if his comments meant the training courses would be launched on March 1 or other preliminary steps.

Following months of negotiations, Ankara and Washington signed an agreement on February 19 to train and arm “moderate” Syrian rebels.

Turkey, an outspoken critic of Syrian President Bashar al-Assad, hopes rebel factions to be trained will battle the regime in Damascus as well as insurgents from the Islamic State (IS) group, who have seized large swathes of territory in Iraq and Syria, right up to the Turkish border.

But Washington has said the fighters it trains will be focused only on the IS jihadists initially, with any campaign against the Assad regime to come at some point in the future.

Turkey’s hesitation to take decisive action against IS militants has led to friction with the United States.

US intelligence chief James Clapper said on Thursday that Turkey did not place a high priority on fighting IS jihadists and as a result foreign fighters had been able to travel through the country into Syria.

Ankara argues it has bolstered border security and that Western governments should provide Turkey with more intelligence and a full list of suspects to be monitored.