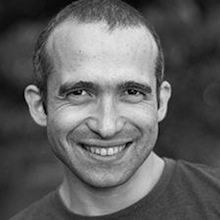 Maysam Behravesh writes that the recent row between Riyadh and Stockholm represents a conflict between "state genders".

The recent diplomatic row between Saudi Arabia and Sweden has raised serious concerns about Swedish relations with the Arab world in general and the oil-rich Gulf country in particular. The controversy emerged after Riyadh blocked Swedish Foreign Minister Margot Wallström’s speech at an Arab League summit in Cairo on 9 March, where she had been invited as a guest of honor to address the Arab foreign ministers on the rights of Palestinians, the threat of growing extremism and the need for development and democracy in the region. One day later, on 10 March, Sweden announced the termination of a controversial decade-long arms deal with the Kingdom.

SUCH DISPUTES are not uncommon between Islamic governments in the Middle East and their liberal peers in the West, which often confront each other publicly on how issues like human rights, civil liberties, treatment of minorities, and respect for divine religions should be dealt with.

What sets this diplomatic spat apart, however, is Riyadh’s unexpectedly harsh reaction first to an honorary talk, which it obstructed, and then to the scrapping of a commonplace arms deal. After all, Wallström’s undelivered speech did not single out any specific country over its putatively abusive human rights practices nor did it contain any strong word of criticism against Islam or Muslims at large. The most prominent part of the address is perhaps where she emphasizes the International Women’s Day (8 March) and its meaning: “This is a day to celebrate women’s achievements, recognise challenges, and focus attention on women’s rights, women’s representation and their adequate resources. Our experience is that women’s rights do not only benefit women, but society as a whole.”

“After all, Wallström’s undelivered speech did not single out any specific country”

In a similar vein, given Saudi Arabia’s close partnership with some of the world’s preeminent military powers, the Swedish refusal to renew the arms agreement could hardly be perceived to damage its national security or defense planning and thus was not expected to elicit an angry reaction. Yet, Saudis recalled their ambassador to Stockholm on the same day that the deal was scrapped citing Sweden’s “flagrant interference” in their internal affairs, and further on mobilized the 22-member Arab League (AL) as well as the 57-member Organization of Islamic Cooperation (OIC) in vocal condemnation of the Swedish government, so much so that even the United Arab Emirates, a Saudi regional ally, summoned its ambassador to Sweden too. In a rare escalation shortly afterwards, the Kingdom declared on 19 March that it would no longer issue business visas for Swedes or extend the current visas of Swedish nationals staying in the country.

A backlash of this intensity and magnitude is quite puzzling and unconventional in diplomatic practice and thus requires a different set of analytic lenses to understand.

Far from being essentially a dispute over democratic governance or even human rights, the current Saudi-Swedish row basically represents a clash of state genders, pitting a “masculine” religious autocracy against a “feminine” social democracy. A combination of historical, religious and political forces has turned Saudi Arabia into “a most masculine state”, where women are trapped between a patriarchal push for piety and a modern aspiration for liberty. Notoriously, it is the sole state in the world that practically bans women from driving. Women in the Kingdom are also required to secure a “male guardian’s” permission to be able to work or travel. Along these lines, the inflated Saudi reaction to the Swedish foreign minister’s address is indeed the reaction of a masculinist state to a “woman” speaking on behalf of a feminine state and promoting a “feminist foreign policy”. For Saudi patriarchs ruling over such a state, the rub of the issue lies in the fact that they simply cannot “take it” from a “woman”. Probably, the situation would have been different, had those statements been presented by a male politician hailing from another state.

“Striving toward gender equality”, in the words of Wallström, “is therefore not only a goal in itself, but also a precondition for achieving our wider foreign, development and security policy objectives”. With a “feminist” foreign policy thus formulated, Sweden is naturally expected to be on a collision course not only with practitioners of state “masculinism” in world politics, but also with those of state “militarism” as another face of aggressive corporate masculinity. Diplomatic dispute with Israel following the recognition by Sweden of a Palestinian state is one remarkable example of the latter clash. “Our decision to recognise Palestine”, according to her, “aims at making the parties of the conflict less unequal…They need to see that there is an alternative to violence”.

OBVIOUSLY, implementing this gender- and equality-oriented foreign policy will come at a price in a world still dominated by masculine power relations and structures, and particularly if it marks a palpable break from the past. As a Stockholm-based writer contends, “(t)he truth is that Sweden’s ‘progressive’ foreign policy is a decades-long study in äta tortan och ha den kvar—having your cake and eating it (too). The self-described ‘humanitarian superpower’ is, per capita, simultaneously the EU’s most generous humanitarian-aid donor and its biggest arms exporter”.

This is basically why the current diplomatic row makes for an historic litmus test for Sweden under Social Democrats. The Swedish government should stand its ground against Saudi business threats, as the way it deals with the situation will demonstrate the viability of a “feminist foreign policy” in practice. More significantly, however, resistance will earn Sweden the moral high ground in the community of nations as well as in the global public opinion, setting an important normative precedent other Western democracies may be encouraged to follow. It is only then we can start speaking of Sweden as a true “normative power” in the world.