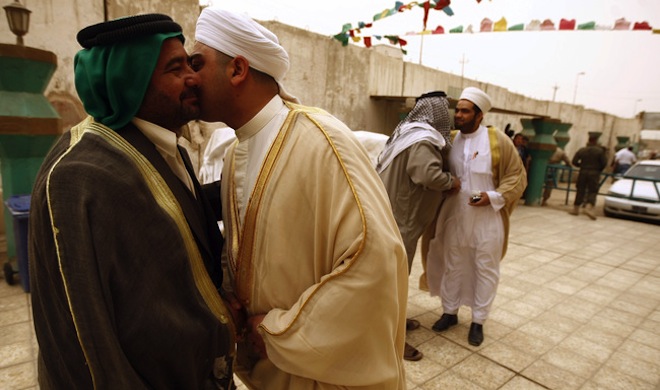 "There have seemingly been several options for Sunni Arabs in post-Saddam Iraq, although not all seem quite feasible," writes Hamdi Malik, an expert on Iraq and the broader region.

Sunni Arabs in Iraq largely see themselves as the greatest losers of the American-led invasion in 2003. Since the fall of Saddam, different Sunni Arab groups have tried various strategies to regain the prestige they enjoyed under Saddam or at least to improve their status in the new Iraqi political order. But unlike their Shia and Kurdish counterparts who have a relatively clear idea of what type of country they want to live in, different Sunni Arab groups and communities seem to have conflicting views about the nature and the future of their country. This is exacerbated by their chronic organisational and leadership crisis.

During the reign of Saddam, Shia political factions were able to build extended socio-political and economic networks run by an established leadership outside Iraq. Equally Kurdish political groups had the opportunity to organise and consolidate their power in the semi-independent Iraqi Kurdistan after 1991. This was not the case with Sunni Arabs, as their main political point of reference and reliance was the Ba’ath party. The collapse of the Ba’ath regime thus resulted in a political vacuum amongst Sunni Arabs. Naturally the inability to form a consensus over the identity of the nation in addition to the leadership crisis have so far cost the Sunni Arabs of Iraq their fair share of power not least because it has scattered efforts to define their position and role in the post-Saddam era.

There have seemingly been several options for Sunni Arabs in post-Saddam Iraq, although not all seem quite feasible. Among these is an aspiration for a Ba’athist return to power, an objective increasingly seen impossible to achieve even by Sunni Arabs themselves. Splitting from Iraq to create an independent Sunni Arab state is another option.

Since the 2006-2007 civil war in Iraq, many regional and international politicians as well as political analysts have doubted the possibility of maintaining a united Iraqi nation. The rise of the Islamic State (IS) has once again brought back this question to the fore. It is probably fair to argue that Sunni Arabs generally are in favour of maintaining a united Iraq. Historically they considered themselves as Iraqi nationalists, the defenders of a united Iraq from Faw in the south to Zakho in the far north. The Saddam regime’s rhetoric was unequivocally endorsing the idea of a united Iraq with a strong Arabic identity. However, ideology is not the only reason creating a new state is an unpopular plan amongst many Sunni Arabs. There are two different sets of practical problems with this option. One has to do with international law, and how the international community, regional powers and other Iraqi groups might react to the move towards creating a new Sunni Arab state in the Middle East. But equally important, is to deal with the geo-political, demographic and economic map of the Iraqi regions with a majority of Sunni Arab population.

Unlike Shia Arabs and Kurds who mainly live in territories that look reasonably possible to draw borders for, it is extremely difficult to draw a clear geographical territory for Sunni Arabs. Most Sunni Arab population centres in Iraq are mixed with other groups. They mainly reside in six Iraqi provinces, of which only Al-Anbar can be described as completely Sunni Arab. In the remaining five provinces, they live alongside Shia Arabs, Kurds, Christians, and other ethnic and religious groups. In some of these provinces such as Salahuddin, Sunni Arabs comprise the majority of the population, while in others such as Baghdad and Kirkuk they do not.

Economic considerations can also pose a serious hindrance to the creation and sustainment of such an entity. Iraq’s economy is highly underdeveloped. Apart from the oil industry, it is difficult to find any other dynamic industry in Iraq. The business and agriculture sectors are not in good shape either. As a result, the Iraqi economy is heavily dependent on crude oil exports. Iraq’s national income is more dependent on a single natural resource than any other nation in the world. In 2011, crude oil sales accounted for more than 95 percent of government revenue. The figure fluctuates largely according to oil prices in international markets, but it is considered to be very high for Iraq even when the prices drop dramatically. Notably, however, there are only a handful of small-scale oil fields in the Iraqi regions home to majority Sunni Arabs. Although some reports suggest that these areas contain huge fossil fuel reserves, at the moment these remain mere speculations. Currently most of Iraq’s oil sales come from areas that are considered non-Sunni Arab regions, namely, Basra, Missan, Kirkuk, and increasingly the semi-autonomous Kurdistan region.

Access to sea is another potentially significant problem. Iraq’s Sunni Arab regions do not have access to international waters, which makes building a viable economy even more challenging. Therefore a new Sunni Arab state could face huge economic obstacles and the country will be riddled with poverty especially that the infrastructures in Sunni Arab regions have been severely damaged due to the on-going war.

If a new state for Sunni Arabs is not a good idea, they can stay within Iraq, but try to create a semi-autonomous region that enjoys a considerable amount of independence. A Kurdistan-style semi-independent region with its own security forces would be ideal for many Sunni Arabs. This idea is becoming increasingly popular amongst Sunni Arabs, not least because it materializes their nationalist tendencies together with relative independence from the Shia-led government of Baghdad and at the same time avoids the practical problems of creating a new state with all its associated uncertainties.

However this option is not without its problems either. There are various nationalist Sunni Arab groups that are deeply unhappy with the status of Sunni Arabs in post-Saddam Iraq, yet strongly believe that a semi-independent Sunni Arab region will eventually lead to the disintegration of Iraq, hence their opposition to the idea. Additionally, many Arab Shia groups fear the same and are reluctant to head toward this path, especially as the main Kurdish parties’ rhetoric is getting increasingly separatist. The other issue which merits consideration in this respect is that Iraqi Kurdistan was enjoying a great deal of independence for years even before Saddam was toppled. It was a de facto reality that the architects of the new order in Iraq had to deal with, whereas building a semi-independent Sunni Arab region in the face of all the opposition from different sides and the ongoing chaos that is rampaging the Sunni Arab areas of Iraq seems unrealistic for the time being.

AN ISLAMIC CALIPHATE FOR SUNNI ARABS?

An Islamic Caliphate is another choice for Iraq’s Sunni Arabs. They can join Sunnis in Syria and possibly surrounding countries to create a modern-day Caliphate. In fact the main goal of many jihadi groups, including IS, is to unite all Muslim lands under a Caliph. This dream seems to be appealing for some religious people inside the Iraqi Sunni Arab communities, as many have taken up arms to fight alongside IS. However, when considered carefully the creation of a caliphate accepted by the modern international political system seems like an illusion that will be shattered sooner or later especially as the war against IS is intensifying on several fronts. The situation has made many tribal, religious and political leaders realise that this fantasy is doomed to fail and that there is no viable future with IS.

A DECENTRALISED AND DEMOCRATIC IRAQ

A more realistic pathway for the current situation in Iraq that can benefit Sunni Arabs as well as other communities is to work towards building a decentralised Iraq that is able to share power in a more democratic and balanced way. Dramatic events of 2014 have proved that returning to the pre-IS order where a heavily centralised Shia-led government ruled all Arabic Iraq is no longer a feasible option. Prime Minister Haidar Al-Abadi’s government has taken key steps to that effect. A significant move in this direction is the central government’s pledge to implement the Provincial Powers Act of 2008, which substantially increases powers of elected Provincial Councils and Governors, a law that was brushed aside by the previous government of Nouri Al-Maliki.

“Many tribal, religious and political leaders realise … that there is no viable future with IS”

One of the main areas where Sunni Arabs demand an active role for themselves is security governance. To prove its determination in moving towards a more inclusive political system, the Iraqi government needs to allow Sunni Arabs to participate in decision-making on matters of security, in a meaningful manner. An important achievement in this regard was a parliament vote for a Sunni Arab candidate as the Minister of Defence to end almost five years of dispute since an acting Sunni Arab minister, who was appointed by Al-Maliki and lacked the support of the Sunni Arab blocs, ran the Ministry of Defence. Yet, more important is the formation of a new security force, the National Guard as part of an agreement between Al-Abadi and various political blocs including Sunni Arab blocs, which voted for his government. This security force will recruit from local people and is going to be partly under the command of the local governments. Ratifying the National Guard law (as well as the abolition of De-Ba’athification law) is the real test for Al-Abadi’s government and the main Shia blocs in parliament to show their willingness to share power with their partners. This will add credibility to the Sunni Arab political blocs in the eyes of their constituencies and will help persuade them that they are stakeholders in the new Iraqi order.

If this strategy of power decentralization and redistribution is implemented with success, and if major Sunni Arab blocs and social forces come to terms with the post-Saddam order, we can expect to witness the emergence of a more peaceful Iraq after IS is dislodged from the country. The alternative to this path is the continuation of the chaos and destruction that has raged on for the past 12 years, a disorder of which Sunni Arabs of Iraq are going to be the biggest losers.