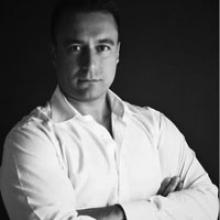 The people of Turkey have gotten used to having their fundamental rights, economic rights, civil rights, and criminal provisions enacted in the omnibus bills, which amend hundreds of provisions in many irrelevant pieces of legislation at one go. The omnibus bill is a legislative method that has been criticized and condemned as a detrimental threat to the parliamentary system as well as the legislature and fundamental rights.

In the small hours of Friday, March 27th, 2015, the Justice and Development Party (“AKP”) government enacted yet another Omnibus Bill, which introduces draconian internal security and Internet restrictions and allocation of discretionary funds for the President:

Discretionary funds to a “non-executive” President for intelligence and defense services:

Under the Turkish Constitution, the President is not an executive body of the state and does not directly take or implement decisions pertaining to the government. (Yet, the budget for the President is so enormous that a “1000-room palace” could be built for the President last year). Allocating discretionary funds to the President for concealed intelligence and defense services and for state security is therefore unconstitutional. This provision came as a surprise to all, as it was not in the original text of the Omnibus Bill, but introduced into the law as a last minute proposal by the Minister of Interior.

Internet access is acknowledged as a fundamental right by the United Nations and the European Union. Although Turkey has been condemned by the European Court of Human Rights directly due to Law No. 5651 (“Internet Law”) and its implementations, the government’s hard grip on Internet has become so tight that freedom online is about to be suffocated.

With the new provisions introduced in the Internet Law by Article 16 of the Omnibus Bill:

* The Prime Minister or the relevant Minister may demand from the Telecommunication Agency to remove the content and/or restrict access to the content which they believe to threat national security, public order, public health or prevent crime.

These provisions are contrary to the Turkish Constitution and will surely be challenged.

How can someone who retweets a tweet or shares a Facebook post possibly know that the content constitutes a crime? Hundreds, if not thousands, of people, journalists, academicians and artists are prosecuted for defamation and slander merely because they use their constitutional right of expression and political speech!

The Prime Minister, or any other minister for that matter, is not a judge or a court to decide whether online content constitutes a crime. Prescription of criminal content and restriction of freedom of expression can only be done by financially and legally independent courts based on clearly defined laws.

I expect from those who assume the rhetoric of “rule of law” and “democracy” to refrain from these legislative activities, for both the economic and humanitarian development of Turkey.