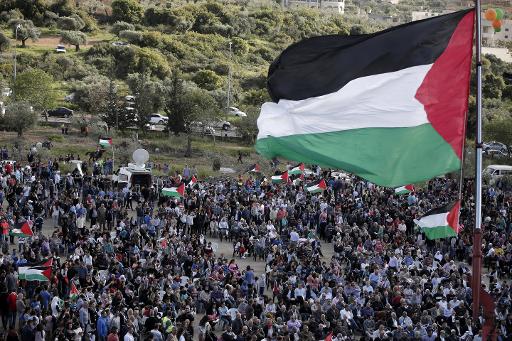 The Palestinians formally gain membership of the International Criminal Court on Wednesday with the aim of pursuing Israelis for war crimes, despite uncertainty over the move's wider ramifications.

The accession is another step in the Palestinian diplomatic and legal international campaign, which gained steam in 2014.

It has uncertain consequences, not only because it is highly unlikely Prime Minister Benjamin Netanyahu and other Israelis will find themselves being tried at the ICC, but also because it constitutes a new deterioration in the strained relationship.

But the Palestinians are beyond caring.

Exasperated after decades of failed negotiations with Israel, with no perspective for the state they have been yearning, they have decided to take their case to the international arena.

On January 2, the Palestinians moved to join The Hague-based court in a process that will be finalised on April 1, setting the scene for potential legal action against Israeli officials for alleged war crimes.

“Palestine has and will continue to use all legitimate tools within its means in order to defend itself against Israeli colonisation and other violations of international law,” said senior Palestinian official Saeb Erakat.

The ICC has long been brandished as one of the Palestinians’ doomsday measures, along with threatening to end vital West Bank security coordination with Israel.

The notion of ICC investigations is outrageous to Israel, and Netanyahu has accused the Palestinian unity government — including Hamas which the Jewish state considers “terrorist” — of “manipulating” the court.

Israel retaliated swiftly and cut off millions of dollars in monthly tax payments it collects on behalf of the Ramallah-based Palestinian Authority.

The notion of forming a Palestinian state by negotiations was buried during this month’s election campaign by Netanyahu, who pledged one would not be established on his watch, were he to retain the premiership.

Some Israeli media reported that in exchange for unfreezing the money the Palestinians agreed to refrain from filing complaints to the ICC on April 1.

“It’s a huge lie. Taxes have nothing to do with our ICC approach. The ICC train already departed,” said Xavier Abu Eid, a spokesman for Palestine Liberation Organisation.

April 1, however, will be primarily ceremonial, with Palestinian foreign minister Riad Malki receiving a copy of the Rome Statute, the ICC’s founding treaty.

While some Palestinian officials announced the date as the day they would file complaints against Israelis, in reality it is more likely they will wait, as state members are only able to draw the court’s attention to specific cases.

In addition, they will be holding on to see the outcomes of a preliminary probe launched by ICC prosecutor Fatou Bensouda on January 16.

At the same time that Palestinian president Mahmud Abbas sought ICC accession, he also sent the court documents authorising the prosecutor to investigate alleged crimes that took place in Palestinian territories since June 13, 2014.

The unrest in June escalated to the summer war between Israel and Gaza militants, which left dead 2,200 Palestinians and 73 on the Israeli side.

So far, no ICC investigation of Israeli officials has been launched and no time framework has been set for one.

But the Palestinians are confident they will happen sooner rather than later, considering “all the attention to Palestine” at the ICC.

The Palestinians reject the argument the Israeli officials cannot be tried at the ICC, because Israel is not a signatory of the Rome Statute, maintaining the court can also investigate crimes committed on the territory of member states.

“It’s absurd for the ICC to ignore international law and agreements, under which the Palestinians don’t have a state and can only get one through direct negotiations with Israel,” Netanyahu said in January following the announcement of the preliminary probe.

Among the forms of Israeli retaliation is legal assistance for victims of Palestinian attacks.

In February, a US jury found the PA and PLO responsible for six attacks which killed dozens and ordered them to pay the victims’ families more than $650 million in damages.