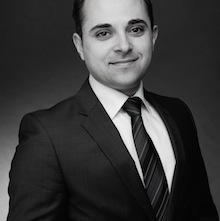 Islamic State (IS), previously known as the Islamic State in Iraq and Syria (ISIS), has shown nothing but destruction, chaos and sectarianism. Through terror strategies, they rapidly spread over great parts of eastern Syria and north and central Iraq. Their new recruits come from all over the world, but mainly Islamic countries. Arab countries had the biggest share of recruits. While IS was assembling supporters and sympathisers, Sunni clergymen constantly called for ‘material and moral’ support to the Syrian rebels, and accordingly, thousands of foreign fighters flooded into Syria for Jihad.

The Arab leaders of IS are Al-Baghdadi (in reference to Baghdad) in Iraq and later the Caliph of the Islamic State, and Al-Golani (in reference to the occupied region of Golan Heights) in Syria as the Emir of the Islamic state in Syria. Caliph literally means the ‘successor’ – the ruler of the Muslim Community, a military commander and a governor of a province. IS seems to have a clear and strategically advised ideological path. It should not be alien to Muslims, especially the political and religious elites that these teachings still exist in Islamic books, Friday prayer preaching, and even schoolbooks. The ideology of IS is one of various interpretations of the principle books, the Quran and the Sayings and tradition of the prophet Mohammad. The Salafi-flavoured IS actually represents a valid extension of fundamentalism in the Arab societies.

“Their new recruits come from all over the world, but mainly Islamic countries”

Such an apocalyptic interpretation of Islam, however, does not seem to be likeable by the majority of Muslims. The Supreme Imam of Al-Azhar University and Mosque, Ahmed Al-Tayeb, said that the extremist groups who murder and slaughter under the name of the Islamic State represent neither Muslims nor Al-Azhar nor the prophet Mohammad and his teachings. The hideous deeds of these extremist groups repeatedly harm and distort the real message of Islam. Furthermore, the grand Mufti of Egypt Shawqi Alam said that naming a terrorist organisation such as IS an Islamic state is a huge mistake. This organisation speaks and acts against the humane and religious teachings and the Sharia of Islam. Indeed, the World Association of Al-Azhar Graduates declared the organisation as un-Islamic and as part of a conspiracy against the Muslim world – IS in the Middle East, Taliban in Asia and Boko Haram in Nigeria.

Media outlets in the Arab world were flooded by news, explanations, and interpretations condemning the Islamic State, calling it un-Islamic. Prominent Islamic scholars from different countries all over the world condemned the actions of IS and confirmed the message that IS is not related to Islamic teachings, but on the contrary destroys Islam.

Now if IS members are not Islamic and are not true Muslims, then what are they? All their slogans are Islamic, and all their interpretations are Islamic. Actually on their flag it is written ‘there is not God but Allah and the prophet Mohammad is his messenger.’ IS could be a chance for a real Islamic reformation. Most of IS recruits have come from Muslim countries, and to a greater extent from Arab countries. They mainly rose from Islamic societies and communities and studied in the same religious books at schools and universities. They went to the same mosques and they received the same religious messages as the rest of the community. They might actually be the sons, brothers, fathers, sisters and mothers of so-called moderate Muslims.

The shocking reality of the horrible actions and ruthless brutality of IS members should bring the attention to the real problem that Islam needs reformation and revivalism. It is not a matter of defending Islam, but rather offending it. Therefore, reformation could start from elementary school beginning with religion books for kids to the highest forms of religious education. A reformation could start at mosques and at preaching sessions at Friday prayers to enforce tolerance and build towards peace. A reformation could also start when religious institutions in the Arab world and the Muslim-majority countries stop interfering in politics on one hand and when the political institutions stop instrumentalising religion and co-opting religious institutions for power consolidation.

“Now if IS members are not Islamic and are not true Muslims, then what are they?”

The rise of IS should be a wake-up call for Muslims all over the world. Muslims calling IS un-Islamic and that the group does not represent Islam does not seem to be enough, for it, at least, does not stop newcomers from joining IS. Moreover, IS is Islamic as much as they claim they are. Reformation of religion is thus due; otherwise the world risks the emergence of organisations similar to IS in the near or far-off future. Describing IS as un-Islamic is apologetic and serves reality with nothing. It neither prevents the emergence of hundreds other IS-like extreme organisations nor improves the image of Islam and Muslims. A real action of reform should start from scratch and every source, as decided by Islamic scholars, should be put under scrutiny and thorough study.

The shocking fact that IS emerged from an Arab conflicting political context and that the group instrumentalises Islam for political ends should be an awakening moment for those who call for the fusion between politics and the state. Compromising politics and dogmatic religion might result in a destruction of one of these two components; either politics dominates and destroys religion or religion dominates and destroys politics. In the case of IS, politics is dominant over religion but the prominence of the latter serves the political cause of IS – power, legitimacy and dominance. The choice of such a version of extremism served IS well as there is no hesitance in committing genocide to eliminate their opponents.

There is a chance for Muslims to make a real reform. Islamic scholars should lead such a reformation far from politics and far from the divide of what is the right Islam and what is the wrong one. There must be a framework to lay down the first bricks in this long process. The political leadership must in return observe the process closely. It does not seem enough for Muslims to condemn a terrorist act and simply call it un-Islamic. There must be a real change and it should start now.