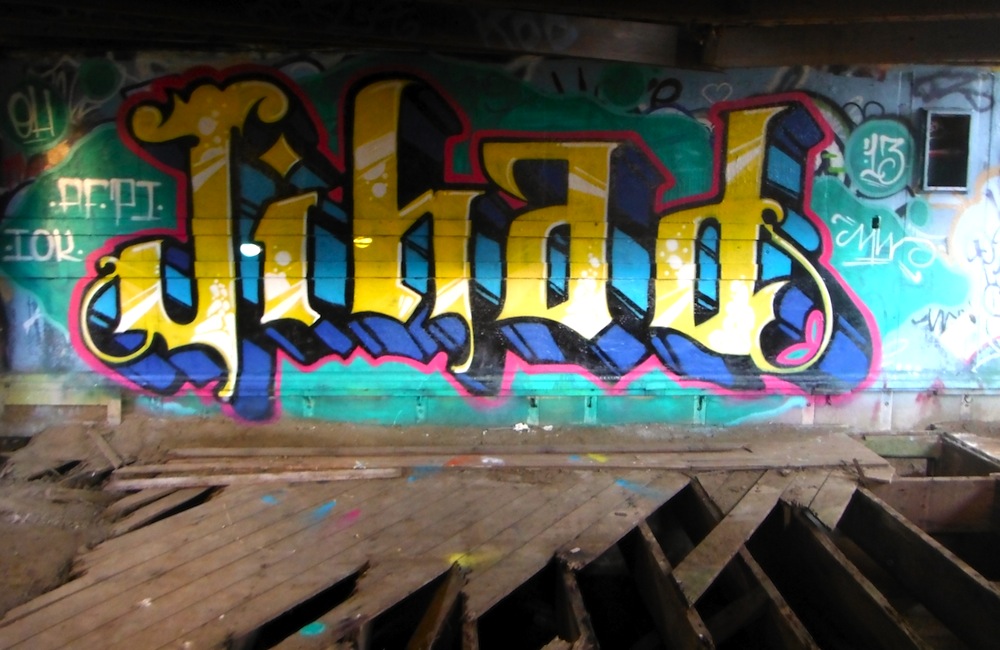 Fatima Hanan Elreda reflects on the lexicon of a misleading media.

He must be around four years old now. Jihad Yaghi was born in November 2011 in Germany to a name that made headlines and sparked controversy.

While seemingly trying to show no link between his name and what kind of person he will morph into, the Daily Mail reported the birth of the boy in an article that read: “There is of course no suggestion that innocent Jihad will grow up to become the kind of terror extremist that his name suggests.”

The meticulously chosen words of this statement may reprieve baby Jihad but they certainly sentence his name to the rope.

Like many others who share his name, now used to describe terrorist groups who claim to be fighting under the banner of Islam, Jihad’s name is an eyebrow-raiser and a fear-instilling utterance.

Jehad Matar who lives in Sydney, spells his name with an E. But this different orthographic representation does not influence the core meaning of the word.

“What on earth were your parents thinking?” is a question Jehad has struggled to answer on several occasions. “Unfortunately there are moments when people are taken back by my name,” he regretfully admits.

Switching through TV channels, and browsing news websites, the word Jihad stands out. It is now part of the media’s terminology that is carefully picked, gathered and assorted into a bouquet of fallacies.

The 36-year-old Australian citizen of Lebanese origin believes the media has fed off the September 11 attacks and the ensuing invasion of Iraq by designating Arabic names as the face of terrorism.

“Over time they have had to stoop to the lowest common denominator,” he adds, “fear; to keep people confused, scared and terrified of Islam and Muslims.”

To understand the meaning of Jihad one must take look at the word, its root, and its branches.

The word Jihad Ø¬ÙØ§Ø¯ is derived from the word Jahada Ø¬ÙØ¯ which means strived, struggled, or made an effort.

Hence, the noun form of the word ‘jihad’ means struggle. So when a person struggles he is a Mujahed ÙØ¬Ø§ÙØ¯ (noun) or Jihadi Ø¬ÙØ§Ø¯Ù (adjective or noun). The linguistic meaning of the word, however, has drowned in a vortex of misrepresentation.

The word Jihad is mentioned 41 times in the holy Koran. Most of the time, it is juxtaposed with the phrase “in the path of God.”

Jihad can refer to the spiritual and individual struggle to practice or spread the principles of Islam.

This is why many Muslims are offended when bloodthirsty throat-cutting extremists are referred to as jihadists. It puts them on the same balance of comparison.

In one of the Hadiths, Prophet Mohammad is said to have told his followers upon returning from battle: “Blessed are those who have performed the minor jihad, and have yet to perform the major one.” When asked: “What is the major jihad?” the Prophet replied, “Jihad Annafs”, which is the struggle against the inner self.

There is no denying that Jihad can be of a military nature. However, there are strict rules of engagement that can only be declared by the proper authority. Only after exhausting all peaceful routes and when Islam and Muslims face direct threat that military action will become inevitable for self-defense.

Jihad has made an entry into many dictionaries in the past few years. Most definitions described jihad as a holy war, particularly one waged by Muslims against “non-believers” carried out as a religious duty.

“It is a truly beautiful name and I hope it continues to be used by future generations,” gives away Jehad whose greatest fear is that the name would become extinct or worse, be only used in its extremist form.

The modern usage of Jihad is so powerful and detrimental to the meaning of the word that it has come to invoke the image of violence, inhumane killings, and terrorism.

However, not everyone who picks up arms in the name of Islam is considered to be performing jihad.

In fact, jihad has been robbed of its true and divine meaning. Just like the so-called Islamic State (or Daesh) does not represent the 1.5 billion Muslims across the world so does their concept of jihad fail to bear any resemblance to its original purpose.

Let’s take the Iraq scenario as an example. On the one hand, there is Daesh (Arabic Acronym for IS, ISIL, or ISIS), a terrorist group notorious for its ruthless killings in the name of Islam. These militants are often referred to as jihadists. But are they jihadists? The answer is an outright No.

On the other hand, there are the popular defense forces (that include Muslims and non-Muslims) who joined the fight against these extremists after the northern city of Mosul fell into their grip. Iraq’s highest religious authority Ayatollah Sayyid Ali Sistani issued an edict calling for jihad against the terrorist group. By inference, those who heeded these calls are jihadists. Are they the bad guys? No, and yet they are jihadists. They are fighting against the “enemies of Islam” and yet they are not terrorists. This is when Jihad dons a military uniform.

But who’s to blame? Is it the radical version of so-called Islam that has maimed everything beautiful about this religion? Or is it the ugly face that the media is using to mask the truth by recognizing Daesh’s violence as a legitimate act of Jihad? This also may have just been an innocent but incorrigible mistake, one born out of cultural ignorance.

Fresh out of university, Jehad Matar ventured into customer service. Having to deal with some frustrated customers, he was sometimes bombarded with questions such as, “Are you going to kill me because I’m a Kaffir (infidel)?” and “How many bombs you carrying?”

Jehad swallowed his pain and smiled. He performed Jihad. At that moment it seemed to him that “no reaction is the best reaction.”

If Jihad suggests terrorism in the lexicon of propaganda, then by deduction the media has a whole new definition for the word truth.

Some don’t even comprehend the significance of the misrepresentation of the word that will forever mar the image of Islam, unless we wage a war of words against it, simply because words are some of the most powerful weapons that have ever existed.

“I take it upon myself, as anyone should who has such a profound name in a non-Arabic culture to lead by example… work extra hard to try and remove their concerns … around the word Jihad and what it truly means,” says Jehad.

“Don’t kill anyone today,” jokes a US customs officer with Jehad on his way from Los Angeles to San Diego while on a business trip. By the time she hands him back his passport, Jehad is awestruck but still manages to force a smile.

When his uncle, who is fluent in Spanish like many California residents, came to pick him up he laughed upon listening to the recounting of the incident. Confused, Jehad asked him why he thought it was funny. “Matar (which is Arabic for rain) means ‘murder’ in Spanish,” replied his uncle. Jehad was right to smile.