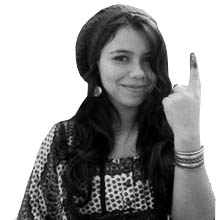 On March 18, Tunisia witnessed an attack on the Bardo Museum in the heart of the capital city, Tunis, next door to the Parliament.

Suddenly, international media was disseminating misinformed news about the situation in Tunisia, promoting an image of “terrorism” and “Jihadism” taking over the country, “destroying its economy”, and “threating its democracy”. It is actually not the attack that will affect our economy and tourism but it’s the narrative mainstream media propagates at all times.

THE HEADLINES have been as dramatic as “In Tunisia, terror attack undercuts Arab Spring’s best prospect”, or “Travelers warned of risks as Tunisia reels from attack”, ignoring that we have had at least 20,000 foreign visitors entering the country after the Bardo attack, and as lame and wrongful as “Tunisian town near ‘Star Wars’ backdrop now features in battle against ISIS”, ignoring that Les Dunes Electroniques, one of Tunisia’s biggest musical festivals have taken place on the set of Star Wars just a few weeks ago, on February 21 when over 10,000 people attended.

There is another story that has to be told not only by us, Tunisians, who obviously would encourage people to visit our homeland, but also through the testimonies of foreign visitors who have themselves experienced the beauty, safety, and hospitality of Tunisia.

I have interviewed visitors from Europe, Africa and America following the Bardo Attack. They have all stressed the difference of the narrative the media represents for Tunisia and what is actually on the ground:

From Belgium, Hilario Palomeque said: “The news were putting over and over the videos of the attacks and I decided actually to avoid watching that because it creates an image of Tunisia which is not real.” He added, “I came in solidarity…as a response to violence it’s important to maintain this presence because it’s the best answer to violence.”

FROM BRAZIL, Janaina Plessmann, who arrived just a day before the attack happened, said: “It’s my first time in Tunisia. I felt very fortunate to have the opportunity of meeting all the amazing Tunisian people I was meeting on that day. I was not really feeling anything related to any danger…or any fear even on that day.” She continued: “I was trying to share with people that I was feeling very secure and safe here, the country and the people are amazing… and what happened has nothing to do with any kind of nationality or religion…”

At the end Janaina made a request: “Please come and visit this very beautiful country to enjoy, I’m sure you will be surprised!”

Edna Bonhomme from New York has been in Tunisia for the past two months, she said: “Tunisia for me has been a very warm open, and compassionate space. People have been very willing to take me to their homes to visit small towns, places like le Kef and Kasserine.” As a black woman she said she would not have “that kind of hospitality in small towns in the United States where I’m from.” Edna admires Tunisia and she encourages everybody to visit: “I personally learnt a lot by being here.”

From Nigeria, Adebayo Waifi Gbenro came despite the attack to show African solidarity, he said: “to tell everyone in the world that we are not terrorists… we’re not bad people and all we need to do is for them to get a story from our own perspective, not a foreign perspective…”

These are a few testimonies among over 20,000 visitors who entered Tunisia after the Bardo Attack. That’s by itself a strong message of the world’s solidarity and Tunisia’s firm stand against all forms of violence.