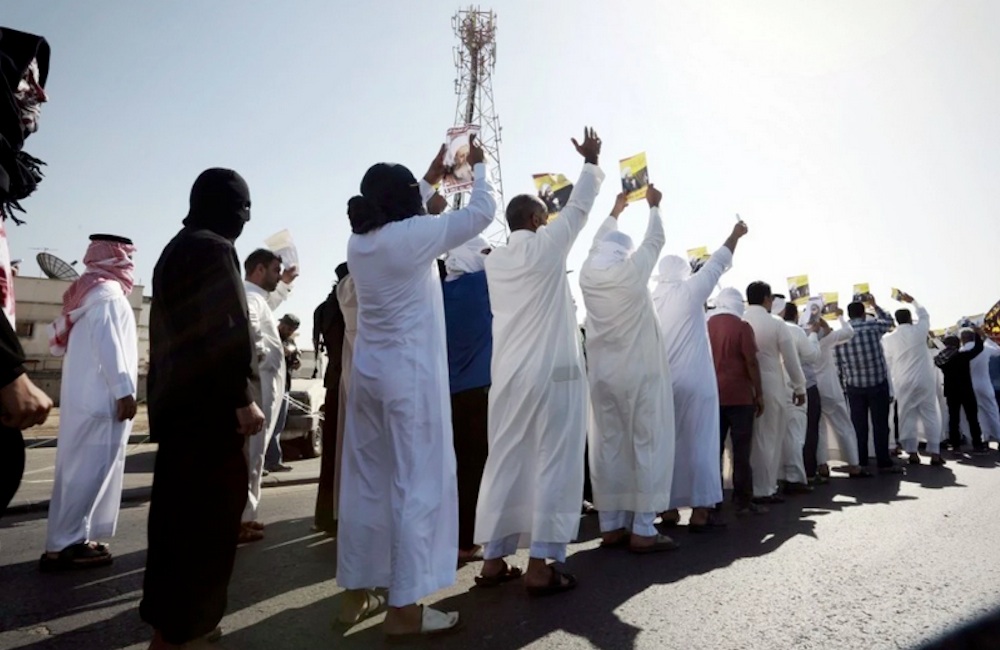 Who is messing up the minds of the people in the Middle East? asks Victor Argo.

Two weeks ago, my friend Alsajjad from Qatar posted the following on his Facebook account: “I would love to call my son Alhussain. But then he would become Alhussain Alsajjad. And this double name in a majority wahhabi population would earn him a considerable dose of discrimination for his entire life. And I don’t intend to damage the lives of my children.”

Here we go again, I thought, when reading my friend’s status update: sectarianism. So I called Alsajjad in Doha and asked him about the backstory of his post.

“You know,” he told me, “my own name, Alsajjad, is already a problem here. It put me into weird situations. People here assume that a person with this name must be a Shia. Of course I’m aware that it is unusual for a Sunni to carry that name.”

“Let’s say that I go to a government office,” my friend kept on, “to have my driver’s license renewed. When reading my name, the Arab guy behind the counter is about to freak out; his look and his body language tell me that he wants to treat me like crap. Because he thinks that I am a Shia.”

WHILE TALKING to my friend, I quickly looked up ‘Alsajjad‘ on Wikipedia. “There’s nothing wrong with your name,“ I told him, “Alsajjad was the son of Hussain, he was the fourth Imam of Islam. It’s a nickname, meaning ‘the prostrating Imam‘, the one who has performed the most prayers.”

“My own name, Alsajjad, is already a problem here. It put me into weird situations”

“I know,” Alsajjad replied, “it’s a very pious name. But nowadays it is simply filed under ‘Shia‘”.

“Now imagine if I would call my son Alhussain. That would make him a double Shia. Hussain doesn’t scare them, it’s very common here. It’s the ‘Al’ that is the problem. Sunnis feel that the ‘Al‘ is the confirmation that this person is a Shia, as if Imam Alhussain bin Ali was only for Shia.”

There is a lot of talk about sectarianism in the Middle East these days. First it was the rise of ISIS, a fundamentally Sunni group that kills all the Shia, and some more, in their way. Now it is Saudi Arabia’s actions in Yemen against the Houthis, a Shia offshoot clan from the north of the country, that is applauded by some and condemned by others. Why didn’t the Saudi act against ISIS in Iraq and Syria, but now operate in Yemen; and before that intervened by force in Bahrain to smother a (Shia based) movement that was asking for a better representation at the political level?

FOR CENTURIES, coexistence of different faiths was the rule rather than the exception in the Middle East. With the Islamic revolution in Iran in 1979 things started to shift and religion became a political factor. Things definitely changed with the US invasion of Iraq in 2003 that pulled down all the walls that had held the Middle East together until then.

“People in Qatar knew nothing about Shiism until 2003,” Alsajjad explained. “And suddenly they became aware of Shia militias roaming Iraq and a Shia government ruling in Baghdad.”

In an article for Foreign Policy, Marc Lynch argued that sectarianism is “political to the core” and has very little to do with intrinsic religious differences. It’s a typical example of identity politics, Lynch wrote, „one in which sectarian differences happen to be the most easily available to politicians hoping to utilize them for cynical purposes”. It ripped apart the former Yugoslavia in the early 1990s and now it’s tearing apart the Middle East.

“Yes,” said Karim Emile Bitar, Director of Research at IRIS, a French think tank, whom I interviewed by phone, “the sectarian conflict is much more geopolitical than religious. Sunnis and Shias are not fighting to settle old theological quarrels, to determine who was the rightful heir to the prophet, they’re not replaying the battle of Karbala.”

“What we have is two regional powers, Iran and Saudi Arabia, engaged in a classical geopolitical rivalry. They are competing for political power, economic resources and regional hegemony. It’s good old machtpolitik, but for the sake of expediency and to mobilize the masses, some powers find it useful to play the sectarian card. A most dangerous game.”

IT IS A DANGEROUS game indeed that everybody is playing. For Marc Lynch, it is far easier to generate sectarian animosities than to calm them down. Once mobilized, the masses are hard to contain. You can’t turn the hatred on and off as it suits the interests of the ‘identity entrepreneurs‘, as Lynch calls them.

“But who is messing up the minds of the people in the Middle East,” I wanted to know from Karim Bitar. “Who puts the ‘sectarian poison‘ in their brains?”

“To say it with Sigmund Freud,” he answered, “it’s initially – and basically – the ‘narcissism of small differences‘. The small differences are cynically exploited by power-hungry local politicians and by regional powers.”

“Take Lebanon as an example,” the analyst continued. “Notwithstanding their sectarian affiliations, all Lebanese are pretty much the same – they eat the same food, they listen to the same music, they speak the same language and have the same traditions. You had a significant number of mixed marriages and mixed neighborhoods. Even in the middle of the Lebanese civil war, while foreign-backed sectarian militias were slugging it out, many Lebanese of different religions refused to succumb to hatred and remained attached to national unity and coexistence, at times jointly protesting against the war.”

“But despite of many people wanting the civil war to end,” I insisted, “it lasted for 15 years, resulting in an estimated 120,000 fatalities.”

“The problem was that those Lebanese were disempowered and marginalized during the war years, they were the silent majority. And the majority was unable to prevent the rise of the extremes, with local sectarian warlords playing the politics of fear and foreign powers using sectarianism to advance their own agendas.”

“Pluralism could actually be a blessing,“ Karim Bitar concluded, “but in a troubled regional context, where existential angst prevails, stressing the small differences can rapidly give rise to escalations. Then and now.”

Middle Eastern people are more aware of the small differences than during any other time in history, Alsajjad told me. There are thousands of videos on YouTube from both sides, Sunni and Shia, that preach hate speech.

“Marc Lynch argued that sectarianism is ‘political to the core'”

Qatar naturally fears a sectarian threat coming from across the Gulf, from the Shia of Iran. The peninsula has a small Shia minority of about 10%, mostly of Persian descent. So far, they haven’t been vocal about any discrimination in Qatar. Firstly, because the Qatari constitution gives them rights, although Shia are not employed in sensitive areas such as the army or in intelligence services. And secondly because the Shia of Qatar are known to be very rich business families who don’t care too much about politics.

“The Qataris have a smooth relationship with Iran and they don’t want to disrupt that,” Alsajjad said.

He too understands that faith is not the main reason for the many conflicts tormenting the Middle East. “Even a secular regime in Tehran,” my friend noted, “wouldn’t change anything.” The cold war in the Middle East between Saudi Arabia and Iran is an indisputable fact.

KARIM BITAR agreed. “The Iranian-Saudi rivalry fight for regional hegemony is the main factor. A conservative Saudi Arabia confronts a revolutionary Iran. Shiites being a minority in the Muslim World, it is not in the interest of Iran to use sectarianism overtly as a political strategy, at least not in a global context. They cannot really win playing the sectarian card.”

“So rather than rely on sectarianism“, he went on, “Iran’s strategy plays on the nationalist and anti-imperialist chords. But still, Iran is a de facto sectarian power, with sectarian allies. And after the Iraq War, the Saudis attempted to counter the rapid rise of Iranian influence by stoking sectarian fears.”

The tool of sectarianism has evolved from a last resort to a weapon of premier choice in the Middle East. The noble cause of religion has been hijacked, bigotry reigns. “Democracy didn’t work, so I am pro al-Baghdadi and the Islamic State to fight the occupiers and the Shia”, one Yemeni citizen said in a BBC report from Yemen in march of 2015.

Unfortunately there is not much reason for optimism that the weapon of sectarianism will cease to be used anytime soon. “The painful reality is,“ Marc Lynch wrote, “that sectarianism proved too useful to too many powerful actors, and too compelling a narrative in a violent, turbulent, and uncertain time, to be avoided.”