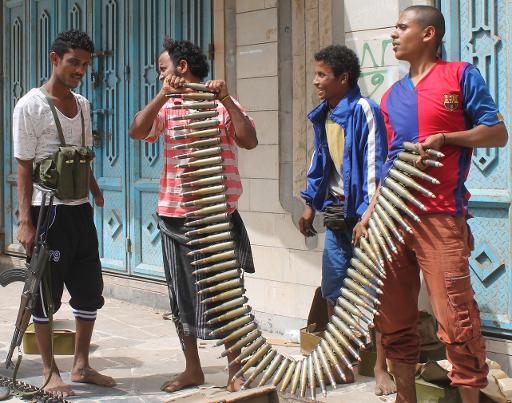 Iran has proposed a peace plan for Yemen that calls for a ceasefire followed by talks by all sides that would be mediated by foreigners, Iranian Foreign Minister Mohammad Javad Zarif said Tuesday.

Iran has proposed a peace plan for Yemen that calls for a ceasefire followed by talks by all sides that would be mediated by foreigners, Iranian Foreign Minister Mohammad Javad Zarif said Tuesday.

“I proposed a ceasefire followed by all inclusive Yemeni dialogue that is facilitated by others, leading to the formation of a government in Yemen that represents a broadly based community,” Zarif, who was speaking in English, told a news conference in Madrid.

The ceasefire would be followed by humanitarian aid, he added, without saying when or to who the proposal was made.

The Iranian foreign minister was speaking just before the UN Security Council adopted a Jordanian-backed resolution imposing an arms embargo on Yemen’s Huthi rebels and demanding they pull back from territory they have captured.

Russia abstained from the vote, but did not veto the measure that was backed by the other 14 of the 15 council members.

The conflict in Yemen, though rooted in local rivalries, has become a proxy battlefield for regional rivals Saudi Arabia, which is Sunni-ruled, and mainly Shiite Iran.

Shiite Huthi rebels — who Yemen says are backed by Iran — have seized swathes of territory in Yemen since they entered the capital Sanaa in September 2014, forcing government forces to flee.

Yemen slid deeper into turmoil after a Saudi-led air campaign began on March 26 to push back the rebels’ advance after they forced President Abedrabbo Mansour Hadi to flee the country.

The goal of the Iran’s peace plan for Yemen is the establishment of a government “that has good relations with its neighbours,” said Zarif.

The Iranian foreign minister said that peace must be secured by the Yemenis themselves, and not imposed from outside. “This should be a Yemen exercise facilitated by others,” he said.