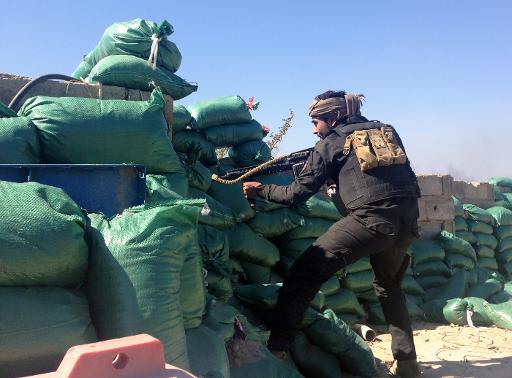 More than 114,000 people have fled fighting over the past two weeks in the Ramadi area of Iraq's Anbar province, the United Nations said Tuesday, expressing concern over the mounting problems faced by the displaced.

The UN refugee agency said of the total number, about 8,000 remained in the western province of Anbar.

“Some 54,000 have gone to Baghdad, 15,000 to Sulaymaniyah in the Kurdistan region of Iraq and 2,100 people have fled to Babylon,” UN refugee agency spokesman Adrian Edwards said.

He said the others were on the move and about 900 had reached Diyala, an ethnically and religiously mixed province northeast of Baghdad.

At least 2.7 million people have been displaced in Iraq since the beginning of 2014, including almost 400,000 from Anbar, according to the United Nations.

The UNHCR said it was “concerned about the difficulties facing thousands of Iraqi civilians” fleeing fighting between pro-government forces and the Islamic State group.

These included “dwindling resources, checkpoints, entry restrictions and security procedures to navigate on their journeys to safety,” Edwards said.

“People waiting on the Anbar side have no shelter and face worsening conditions. The newly displaced are exhausted and anxious to move on to more secure locations,” he said, adding that some had “walked miles without food or water.”

Baghdad turned to the Popular Mobilisation units — dominated by Iranian-backed Shiite militias — to bolster its flagging forces, and has since been able to regain significant ground from IS.