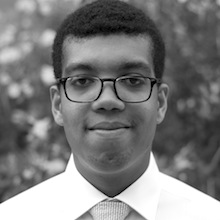 Unless the Iraqis conceive and implement a strategy to secure their border with Syria, their endgame against ISIL will be long and tortuous, argues Jordan Olmstead.

While ISIL may be making gains in Syria, the tides of battle are shifting against them in Iraq. Since January, ISIL has lost 25% of the territory it once held in Iraq to an Iranian led offensive of Shiite militias and Iraqi army regulars, including the strategically important city of Tikrit. German intelligence reports further indicate that ISIL has lost control of “at least three large oil fields” in Iraq, denying them a key source of revenue.

In the wake of ISIL losses, some are beginning to worry less about ISIL and more about increasing Iranian influence and the role of Shiite militias in post-ISIL Iraq. For instance, General Petraeus, who commanded U.S. forces in Iraq during the 2007-2008 surge recently warned that “the foremost threat to Iraq’s long-term stability…is not the Islamic State; rather, it is Shiite militias, many backed by – and some guided by – Iran.”

Concerns about Shiite militias are justified. Whether or not accusations of looting, desctruction of civilian property, and summary executions are as widespread as critics claim, perceptions of sectarianism will likely prevent them from playing a constructive role in making Sunnis feel welcome in a post-ISIL Iraqi polity.

HOWEVER, Iraqi and Western policy makers have both neglected to plan for a critical challenge in their endgame with ISIL: establishing a secure border between Syria and Iraq. If the Iraqi government cannot figure out how to surmount the considerable borders to doing so, ISIL fighters will be able to flee into Syria in the face of coalition pressure, regroup with ISIL and affiliated forces in Syria, and then return to Iraq.

Needless to say, it will be difficult for Iraqi forces to give ISIL a “knockout blow” if they can slip into Syria, reconstitute, and attempt to infiltrate a Sunni heartland that will still feel suspicious of Baghdad after ISIL is defeated.

Before Sykes-Picot, independent Islamic polities governed the Sunni border region between Syria and Iraq in the shadow of the Ottoman Empire. Afterwards, shared cultural ties made establishing a legitimate and secure border between the two states difficult.

The porous border became a salient issue in the midst of tensions surrounding repeated (failed) attempts to unify Syria and Iraq during the seventies and eighties. After the 1973 war, Hafez al-Assad offered a unity government with Iraq, but Iraq rejected the offer, and criticized Assad for “his willingness to make peace with Israel”.

In 1978, Iraqi President Ahmed Hassan al-Bakr and Hafez al-Assad agreed to a plan that would lead to the future unification of Iraq and Syria, but Saddam Hussein (then Vice-President of the Baath Party) forced al-Bakr to step down out of fear of irrelevance in the new regime. Talks continued under the presidency of Hussein, but they were suspended after the Iraqis discovered a Syrian plot to overthrow him.

Iraq’s sovereignty related suspicions against Syria were compounded by allegations that Syria was destabilizing Iraq by allowing smugglers to move weapons and fighters across the border. Even after resuming diplomatic relations in 2006, “Syria’s alleged blind eye to the funneling of insurgents and arms across its border into Iraq (remained) a key issue dividing the two countries”, said a 2007 U.S. Institute of Peace report.

TODAY, most prominent Shiite militia leaders, even Muqtada al-Sadr, notorious for running sectarian death squads during the Iraq war, have publicly renounced sectarianism. As such, Baghdad has approved a raft of reforms to assuage Sunni concerns, including establishing a Sunni national guard to protect Sunni areas from ISIL, pacifying captured cities with Sunni tribesmen, granting greater autonomy to perennially discontent Sunni cities like Fallujah, and de-Baathification policies to bring alienated Sunnis back into the political fold.

However, the border problem has not received similar attention. ISIL controls two corridors from Syria into Iraq; one near Qaim in the Anbar province, where it has captured three border crossings, and the other near Mount Sinjar, in the Nineveh province. Worryingly, these ISIL controlled corridors extend all the way to crucial points: the former to Fallujah, and the latter to Mosul. This would enable ISIL forces to retreat through friendly territory in the face of Iraqi offensives.

This creates two problems. First, ISIL forces can regroup into Syria, rearm, and return into Iraq when the forces that pursued them inevitably drew back, as the Shiite militias which are leading the fight against ISIL could not be permanently stationed in Iraq’s Sunni heartland. Iraq is creating a Sunni national guard for this purpose, but such a force will likely take years to constitute, and its effectiveness cannot be taken for granted, given the ineffectiveness of American trained troops in the face of ISIL’s initial offensive.

American policymakers should be familiar with this conundrum; in the Afghan war, the Taliban responded to pressure on the Afghan front by fleeing across Afghanistan’s rugged border into Pakistan’s ungoverned tribal areas, rearming, strategizing, and returning to fight coalition forces.

ISIL could also join the fight against Assad in Syria, which prima facie appears desirable, but increased military might would concomitantly increase ISIL’s political and military influence vis-à-vis more moderate groups in Syria.

UNFORTUNATELY, ISIL has taken a frustrating reality on the Iraq-Syria border and turned it into a nightmare. Musa al-Gharbi, a senior Research Fellow at the Southwest Institute for the Study of Middle Eastern Conflicts explains that while “it was already a semi-permeable border, it was still a border, and now that it’s been largely wiped out, and populations have been living as one unit, it’ll be hard post-conflict to reimpose that border and have people accept it as legitimate”.

Some analysts may argue that the Assad regime may be the only force in Syria strong enough to secure the border, creating another incentive for Western and Arab powers to accept his rule. However, even if there was a Syrian government with the intent and capability of securing the border, doing so would be incredibly difficult.

“Even before ISIL seized these areas they were already sparsely populated (and hard to control)…as an interesting example, the US bombed targets along the Eastern Syrian border in 2006 saying they were Al Qaeda camps, but when the Center for Counterterrorism said that Damascus probably didn’t approve of it…the guy who was in charge of the area looked very afraid that Assad was going to be angry that this was happening in the area”, according to al-Gharbi.

A series of daunting challenges lay in wait for Iraq on the way to defeating ISIL and after ISIL’s defeat. However, unless the Iraqi government and coalition forces develop a better plan for managing the Iraq-Syria border region – which quite possibly will require some sort of accommodation with the Assad regime – Iraq’s endgame with ISIL will be even longer and more tortuous than many analysts already fear it will be.