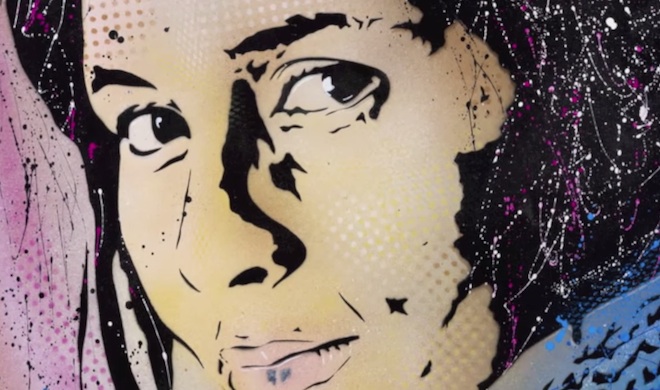 Souad Massi’s new album El Mutakallimun, loosely translated as The Masters of the Word, reinterprets ten classic Arabic texts. "I just wanted to give people the opportunity to discover the beauty of the Arab culture. We are not barbarians or uncivilized people," the artist says.

The album, set for an early May release, interprets Arabic poetry classics that range from writing by the sixth century Zuhayr bin AbÄ« Sulmá to Abu al-Qassim al-Shabbi’s early twentieth century “To the Tyrants of the World.”

As the blog Arab Hyphen notes, Massi’s reworking of Arabic classics began with the Cordoba Choirs project, in which she and Eric Fernandez reinterpreted ninth- and tenth-century Cordoban poetry and songs.

In an interview with Middle East Eye, Massi said of the new album:

When you look at the history of the Arab world, it is made of authoritarian powers, but also of resistance. And this fact is still relevant today. In my opinion, it is also important to underline the fact that texts from the 9th century already denounced tyranny and described how poets resisted tyranny. Author of the poem “To the tyrants of the world” (Ela Toghat al-Alam), Tunisian poet Abou el Kacem Chebbi’s verses were taken up by protesters in Tunisia and Egypt.

A Guardian review calls the new album an “ambitious set in which she uses her gently exquisite, languid voice to rework an intriguing set of Arabic poems”. Within, the reviewer writes, “gently sturdy melodies are influenced by western balladry, jazz and reggae, and translations of the poems are thankfully provided.”

The album is dedicated to Arab-Andalusian poets:

“I just wanted to give people the opportunity to discover the beauty of the Arab culture. We are not barbarians or uncivilized people. The Arab-Muslim world has produced great works in science, philosophy, mathematics, medicine and poetry, but it all seems forgotten now.”

“I like these words written by contemporary Iraqi poet Ahmad Matar: ‘Poetry is not an Arab regime that eclipses with its leader’s death. And it is not an alternative to action. It is an art form whose mission is to disrupt, expose, stand witness to the reality and that expands beyond the present time. Poetry comes before the action… So poetry is regenerating. Poetry illuminates the path and guides our actions’.”

You can sample some of the songs at YouTube, Amazon, RippleTunes, Blue Line Productions, and elsewhere. If you’re in Egypt, Massi will be in Alexandria today and Cairo on April 26.