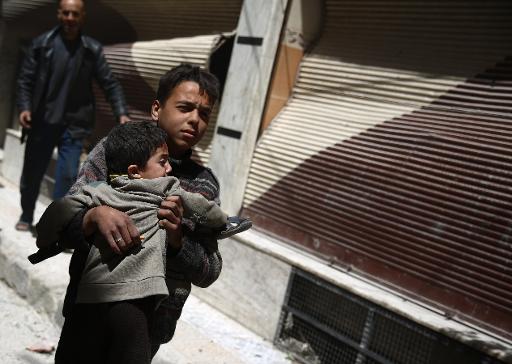 The United Nations envoy to war-torn Syria said he will know by the end of June if there is any appetite among the opposing sides to find a peaceful way out of the conflict.

During closed discussions with the 15-member UN Security Council, Staffan de Mistura acknowledged that the “odds and conditions for launching a political transition are no better now than six months ago,” diplomats at the briefing said.

The Damascus regime and opposition forces are not showing “much new willingness to negotiate” in the four-year war that has left 220,000 people dead, de Mistura said, according to diplomats.

But the UN “remains convinced” about the need for a political solution and the envoy will hold separate consultations with the Syrian government, opposition groups and regional powers including Iran from May to see if they are ready for negotiations.

The Islamic State extremist group, which has grabbed large areas of Syria in a brutal campaign, will not be consulted.

“We cannot just wait, there is no excuse to wait… despite the lack of progress we remain convinced that the only way to do so is a stress test, to test the willingness to narrow the gap (between the parties),” de Mistura told reporters.

“By the end of June we will be in a position to reassess if there is any convergence on the issues of substance.”

A UN spokesman said earlier that the new round of meetings would begin May 4. These consultations will last four to six weeks, said UN spokesman Ahmad Fawzi.

Iran, which was excluded from two international conferences on the conflict, has been invited.

“Iran is a major player in the region, it has influence in Syria,” said de Mistura, whose latest efforts come after a failed initiative to negotiate local truces in the field, starting in Aleppo.

“The freeze in Aleppo has not worked but it is still on the table because we’ll consider any option to reduce violence,” he said.