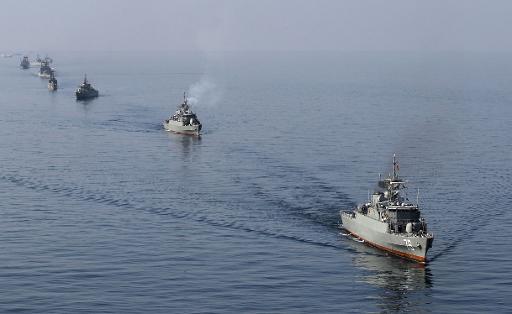 Iran’s Revolutionary Guards seized control of a Marshall Islands-flagged cargo vessel in the strategic Strait of Hormuz on Tuesday, prompting the US Navy to dispatch a destroyer to “monitor” the situation, officials said.

Iranian military ships fired across the bow of the Maersk Tigris when the captain initially refused a demand to head towards Iranian territory, US government and cargo company officials said.

Iran said it had ordered the ship to be impounded at the Gulf port of Bandar Abbas because of a commercial dispute.

An Iranian court had ordered the ship’s confiscation over alleged unpaid debts, Hadi Haghshenas of the Iran Ports and Maritime Organisation was quoted as saying by the Tasnim news agency.

The container ship had last made a stop at the Red Sea port of Jeddah, on the Saudi Arabian coast, and was sailing through the strait into Gulf waters bound for the United Arab Emirates, according to the website maritimetraffic.com.

It was unclear if the last port of call was related to the Iranian decision to take control of the container ship. Iran and Saudi Arabia are waging a proxy war in Yemen, where Saudi-led aircraft are bombing Shiite Huthi rebels backed by Tehran.

After hearing a distress call from the cargo vessel, the US military deployed a guided-missile destroyer, the USS Farragut, and a P-3 surveillance aircraft, to the area, Pentagon officials said.

But US officials said there were no imminent plans for the warship to seek to secure the release of the cargo vessel, which had no Americans on board.

The ship seizure came against the backdrop of heightened tensions in the Gulf fueled by the conflict in Yemen and high-stakes diplomacy between Washington and Tehran over Iran’s nuclear program.

The incident also followed declarations last week from President Barack Obama’s administration that US naval ships in the Gulf region would ensure “freedom of navigation.”

At about 0900 GMT, at least five ships from Tehran’s elite Revolutionary Guards ordered the Maersk Tigris, which had no Americans on board, to head toward Iran’s Larak Island, the Pentagon said.

The cargo ship’s captain “declined” the demand and one of the Iranian vessels fired shots across its bow, Pentagon spokesman Colonel Steven Warren said.

The cargo ship, Warren said, then “complied with the Iranian demand and proceeded into Iranian waters in the vicinity of Larak Island.”

Members of the Revolutionary Guards boarded the cargo ship, which issued a distress call over an open radio channel.

The US military’s Central Command heard the distress call and ordered a naval destroyer, the USS Farragut, to the area, along with a P-3 naval aircraft. The plane is “monitoring” the situation, Warren said.

The US destroyer was directed “to proceed at best speed to the nearest location of the Maersk Tigris,” he said.

But it was “unlikely” that the US destroyer would enter Iran’s territorial waters.

US Central Command, which oversees American forces in the Middle East, said it “is communicating with representatives of the shipping company and we continue to monitor the situation.”

The cargo ship was operated by Rickmers Ship Management, with head offices in Singapore and Hamburg. The vessel was carrying cargo for A.P. Moeller-Maersk, the Danish shipping and oil conglomerate which chartered the ship.

The container vessel had a 24-member crew and was carrying regular commercial cargo but nothing related to weapons, said Cor Radings, spokesman for Rickmers Ship Management.

“We don’t have any indication why we were halted,” Radings told AFP.

“It’s exceptional and we look at it with great concern.”

The company has had no contact with the ship’s crew since the incident and Iranian authorities have not spoken to the firm, he said.

The Maersk Tigris was traveling through “an international shipping lane,” he said.

Iran’s actions appeared “provocative” but “we don’t have all the facts yet,” Warren said at the Pentagon.

The cargo ship was approached by the Iranians along a standard shipping route used by commercial vessels, part of which lies in Iran’s territorial waters, officials said.

Under maritime law governing the narrow Strait of Hormuz, commercial ships have the right to move through Iran’s territorial waters, under the principle known as “innocent passage,” officials said.

Nine US warships, including destroyers and an aircraft carrier, recently deployed to the waters off Yemen for a potential showdown with an Iranian convoy of cargo ships that American officials suspected was carrying arms destined for Huthi forces in Yemen.

But the convoy last week turned back and headed north towards Iran.