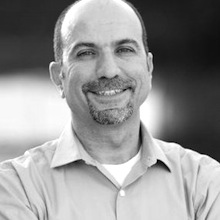 I’d like to call on all social entrepreneurs in the Arab World to address and fight the “intellectual poverty” problem that is deeply rooted in our societies today.

I define “intellectual poverty” as the lack of resources and tools that help people satisfy their intellectual curiosity – in the same way that “poverty” is the lack of resources that help people address their basic life needs. Critical thinking, scientific reasoning, and objective debating are all tools which help one satisfy his/her own intellectual curiosity. Sadly, millions of people throughout the Arab world today (many of them are highly intelligent and/or well educated) have not learned how to leverage such resources and tools, and therefore they live in “intellectual poverty”.

INTELLECTUAL curiosity is a human instinct. It is also an essential part of human development. Those of us who have children know very well the most common question our children ask when they reach a certain age: “why?” But somehow, this trait seems to fade away as our children grow up and mature. Perhaps it is the fear of looking unintelligent or ignorant, perhaps peers in school mock their curiosity, or perhaps we, as parents, simply pressure them to stop asking questions and “leave us alone”. But whenever one’s intellectual curiosity is suppressed, left unsatisfied, or delegated to another human being, one lives his/her life in intellectual poverty.

“Intellectual curiosity is a human instinct”

And the results on the society can be devastating. The Arab world is a “collective” society which stresses the importance of the community over the individual. Consensus is important and individual thinking is typically frowned upon. This means that it is generally unacceptable to publicly disagree with the conventional wisdom – which makes it very hard, if not impossible, to introduce social and other desperately-needed reforms.

There is a vacuum in the educational systems throughout the Arab world today that needs to be filled. These systems are designed to stuff information into the students’ heads but do not to teach them how to think on their own, how to seek answers, and how to review information with critical eye. Talks of reforms in the education systems are abundant, but the progress has been slow and discontinuous, due mainly to the political turmoil and cultural sensitivities in the region.

But can we afford to simply wait until these educational reforms take place? And what about the adults? Those who, today, satisfy their own intellectual curiosity by either adopting the narratives of the hundreds of conspiracy theories propagated by self-serving political establishments, or tuning in to watch the hundreds of TV satellite shows hosted by self-proclaimed religious figures – often inconsistent and contradictory to each other – telling them how to think, whom to believe and how to act?

We need to innovate to solve this problem at the scale and speed required. Affluent families in the Arab world solve their own problem by sending their kids to private expensive schools at home and colleges abroad. But this is neither scalable nor sustainable – many of those young men and women never go back to their own countries because they feel like “misfits” in their own societies, sometimes simply because they use the tools and resources they acquired in those elite educational institutions.

DURING the 1980’s, an American scientist named Carl Sagan, took on the airwaves to advocate and popularize science in a show called “Cosmos: A Personal Voyage” – which became one of the most popular TV series in the history of the United States. Dr. Sagan was one of the most vocal advocates of popularizing science. His show, which galvanized public support for science, not only allowed government to continue to pour public money into scientific research, but also equipped the masses with the critical thinking tools needed to guide, monitor, critique and measure the outcome of such research, enabling the United States to continue to be the number one country in the world when it comes to scientific and technology innovation.

We need social entrepreneurs to imagine something as impactful as “Cosmos” was, but here in the Arab World – an alternate popular and trusted channel which will help the Arab World address its “intellectual poverty” problem, so that amazing talks and ideas like these (sorry! this is in Arabic only) do not just remain in the elite-sphere but become common practice on the Arab streets.