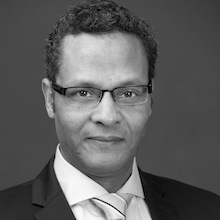 The Sinai Peninsula can no longer be ignored in the national vision of Egypt, writes Khaled Fattah.

The lethal attacks of Egypt’s deadliest militant group, Ansar Beit al–Maqdis (ABM), expanded drastically after the Egyptian military toppled elected President Mohamed Morsi of the Muslim Brotherhood in July 2013 after mass protests against his rule. Hundreds of police, troops and citizens have been killed in the restive north of the Sinai Peninsula as a result of these attacks in the last year and a half.

Since its emergence in the context of the January revolution that overthrew Hosni Mubarak in 2011, the ABM has been behind a string of suicide bombings, drive-by shootings, assassinations, kidnappings, beheadings and industrial sabotage. So far, the group adopted at least seven different names: Wilayat Sinai, Sinai Province, Islamic State in the Sinai, Ansar Jerusalem, Supporters of the Holy House, Supporters of Jerusalem, and Champions of Jerusalem. Changing the geographical reference in its name from Jerusalem to Sinai reflects the group’s growing emphasis on local rather than transnational agendas. Its November 10, 2014, allegiance with the ISIS, on the other hand, is a clear sign of the group’s attempt to attract mobile transnational militant jihadists from the Syrian-Iraqi-Libyan fronts, and radicalized youth from the rest of the region to the Sinai battlefield.

Beyond the Military Solution

The Egyptian army continues to respond to the terrorist challenge of the ABM by using Special Forces raids, and pounding militant sanctuaries in the peninsula with airstrikes. However, focusing disproportionately on an immediate security solution, and seeing north Sinai as little more than a battleground is short sighted. A history of military-focused anti-terror and counterinsurgency campaigns in the region is replete with bloody lessons from Algeria, Iraq and Yemen. One of the significant lessons learned is that focusing disproportionally on immediate security solutions can lead to strategic failures. It is crucial, therefore, for Egyptian policy makers and Egyptian media outlets to remember that the war in the Sinai Peninsula is not about winning territory. Rather, it is about wining the hearts and minds of the local tribal population. Without isolating and excising militant jihadist groups from the local communities in Sinai, the current military operation will flush out militants from one enclave only to have them resurface in another.

From an operational perspective, it is a grave mistake not to recognize that the conflict in Sinai is an irregular warfare between one of the oldest and largest conventional armies in the Middle East and Africa, and mobile militants who avoid open battle, adopt military harassing techniques, and are aided by sympathetic elements within the local population. These militants master the terrain, and move around villages and towns using alleyways and tunnels. They can hide, regroup and return to the battlefield quickly. Their tactics are pretty much the same ones described by the Chinese strategist, Sun Tzu, 1,500 years ago: “when confronted with an enemy one should offer the enemy a bait to lure him; feign disorder and strike him. When he concentrates, prepare against him; where he is strong, avoid him”.

The Nile, the Desert and Grievances

Throughout Egypt’s history, the Nile has served as the unifying element of the nation, which led to the political unity of the country very early in her long history. As a result, the Nile valley did not only fashion the country’s political structure and economy, but also moulded the main frame of reference to Egyptian nationalism.

Dealing with Sinai through the prism of the Nile Valley political culture, Mubarak’s regime failed to integrate the tribes of Sinai, which make up approximately 70 percent of the Peninsula’s population. Incorporating the Sinai as a territorial extension of Egypt, the central government downplayed the reality that local populations of Sinai share closer historical and cultural ties to the Arabian Peninsula than to the Pharaonic Egyptian mainland.

For example, the Al-Masaid tribe, which covers the area of East Al-Qantara, extends to the Al-Hejaz region of Saudi Arabia. Meanwhile, the Tarabin tribe has branches in the northern part of Saudi Arabia and Jordan. The absence of Egyptian national identity is not just social, but administrative as well. More than fifty percent of the north Sinai-based Azazna tribe carried identity cards stamped “nationality unknown”. One year before the eruption of the wave of mass protests in February 2011, as many as 120,000 of the Sinai population did not even carry national ID cards, and thus denied access to owning land, joining the army, or work permits.  Since the end of the Israeli occupation of the Peninsula in 1982, the Egyptian government’s policies there have focused on commercial development, with little attention to social and human development. Moreover, both government and private sector investment projects in Sinai under Hosni Mubarak favoured employing Egyptians relocating from the Nile Valley. Sinai’s tribal population was deterred from working in the growing tourism sector, and in the industrial plants along the Suez coast. Even the mining and quarrying sector recruited labour and supervisors from the Valley.

Out of the Field of Thorns

To reclaim Sinai from the clutches of terrorism, the Egyptian government must form a multi-faceted policy that responds to the host of grievances that have been simmering in the Peninsula. Decades of empty development promises, scant alternatives for earning a livelihood, and lack of access to government paid jobs pushed many locals to engage with smuggling business along the border between Egypt and the Gaza Strip (the world’s largest outdoor prison).

The Al-Arish region in north Sinai is the epicentre of violence, and also one of the poorest parts of Sinai with the highest unemployment rate in the Peninsula. Unemployed and frustrated youth are the most vulnerable to the economic incentives offered by smuggling networks and to the psycho-political mobilization of militant radical groups. While youth unemployment is a nationwide problem, in Sinai, however, unemployment is perceived as part and parcel of the Nile Valley politics of excluding the tribal population.

Order and economic growth are two of the main foundations of President Abdel Fattah al-Sisi’s vision for re-constructing nationalism in a new Egypt. To put this vision into practice in Sinai requires a strong economic policy that fosters social development and job opportunities, and also improved governance in the northern part of the Peninsula, long ignored in the national vision of the country. The Egyptian political administration in Cairo must realize that economic equality and opportunity can serve as an alternative force for repairing the eroded sense of Egyptian nationalism in the Peninsula. Social justice and human dignity of the local population in Sinai should be, therefore, at least as central to Egypt’s counter-insurgency strategy as military strikes.