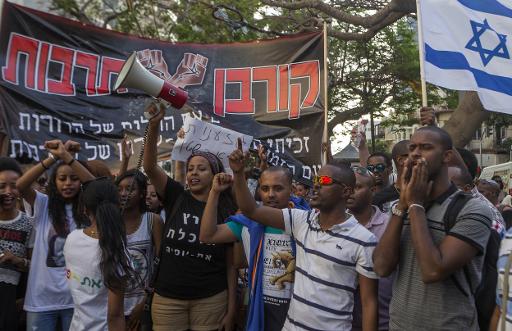 Hundreds of Israeli Ethiopian Jews and activists held a rally on Monday evening in Tel Aviv to protest against alleged racism, an AFP journalist said.

The march passed off without incident under the watch of dozens of security officers, a police spokesman said.

Ethiopian Jews in Israel have staged several rallies against alleged police brutality and racism in recent weeks, and some gatherings have turned violent as they clashed with security forces.

Israel has some 135,500 Jewish Israelis of Ethiopian descent, including more than 50,000 born inside the country.

The community has been at the centre of storms over alleged institutionalised racism in recent years.