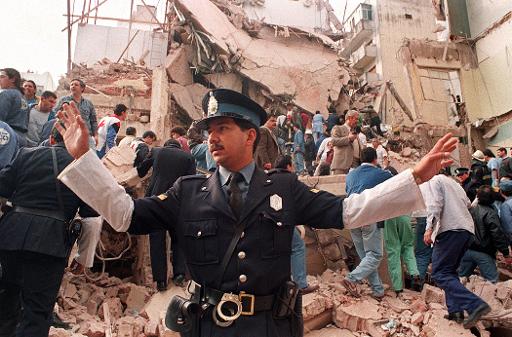 A former Iranian foreign minister and another ex-official have denied Tehran's involvement in the 1994 bombing of a Jewish center in Argentina that has come under renewed scrutiny after the death of an investigator.

Ali Akbar Velayati, Iran’s foreign minister in 1994 and current foreign affairs adviser to the country’s supreme leader, described allegations of Iranian involvement in the attack that killed 85 people and injured hundreds “unfounded, false” and a “lie”.

Velayati’s interview in Tehran by an Argentine C5N news team was aired Monday along with an interview with the cultural attache from Iran’s embassy in Buenos Aires in the 1990s, who also denied involvement.

Argentine courts have demanded the extradition of eight Iranians allegedly involved in the attack.

After years of stalled investigations, the bombing is back in the spotlight after a lead prosecutor was found dead in January on the eve of congressional hearings at which he was to testify.

Days before Alberto Nisman’s death, which his family calls an assassination, the prosecutor filed a report claiming that Argentina’s President Cristina Kirchner protected Iranian officials accused of orchestrating the bombing.

Courts have twice thrown out the accusations against the president.

Lawmakers in Buenos Aires passed a law last month aimed at providing financial assistance to victims of the attack on the Argentine Jewish Mutual Association.