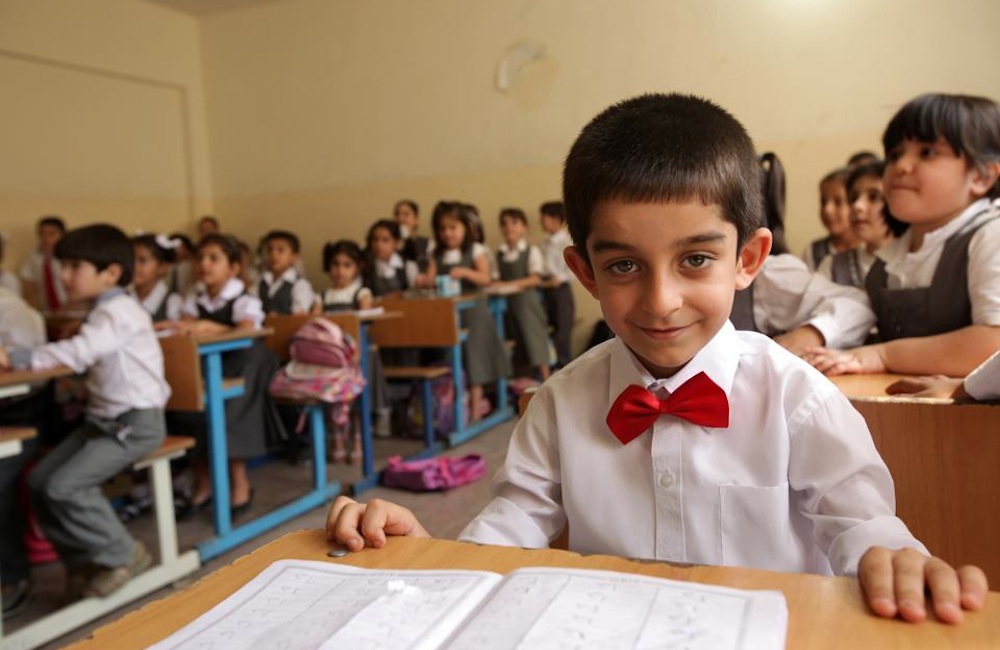 Two critical minds investigate the inherent challenges of the Kurdish educational system – why does it keep looking West?

While language can be one of the main factors of unity among members of a society, it can also be a devastating factor and the source of unbalanced relationships between peoples, nations and countries. In the past, language was seen as a basic pillar in building a nation-state and for preserving the culture.

In the Kurdistan region, language was – and to a certain degree still is – a tool to protect the Kurdish identity and safeguard the political and social entity of the Kurds against the oppressors.  Nevertheless, that perspective on language has changed with the developments in technology and the mass media. People now learn another language to seek job opportunities in order to create a more comfortable life.

Though the Kurdish people have seen systematic oppression throughout history, their language has survived. However, Kurdish language is scattered. That is to say, there is not, more or less, a unified lexicon in the four parts of Kurdistan until this moment. From this point of view and the fact that learning another language, and invention in the methods of teaching and education are means with which a country can develop and participate in cultural exchanges in the world.

With that in mind, the education system in the Kurdistan region is bounded by the information within the school and university textbooks. The information the curricula offer to students and the way they are offered limit the students’ capacity and interest for critical engagement, participation and analysis while at the same time prevent them from participating in dialogue and discussions to appreciate others’ experiences in the world. The system is one-directional in that the teacher teaches what is inside the book while the students cannot go beyond what they are taught. Teaching methods are conventional and lifeless; the teacher has to act like a supernatural being and the student has to remain static and submissive.

To learn more about the importance of language and the current infrastructure of the education system in the Kurdistan region, I spoke to Abdurrahman Ahmad Wahab. Wahab studies Ph.D. in Sociology and Policy in Education at the University of Toronto, Canada. He has a Master’s degree in Literary Studies from the University of Massachusetts-Boston as a Fulbright Scholar. Wahab is the author of a recent book in Kurdish titled Swimming Upstream: Education from a Critical Lens.

How would you view and evaluate the current education system in the Kurdistan region?

The education system in the Kurdistan region suffers from at least two main issues: (a) lack of critical knowledge and expertise about education as a discipline and (b) the hegemony of a cultural and intellectual paradigm that is not homegrown.

As for the first issue, the education system in Kurdistan follows a traditional approach to knowledge and learning. Based on this approach, knowledge is static; it is a fixed set of facts and social and cultural norms that are set in the past and can and should be transferred from one generation to the next. Therefore, a system has been designed to guarantee the transfer of the knowledge and cultural norms that are preserved in textbooks, and all effort is spent in order that no modification occurs during the transference. The issue with this philosophy is that it undermines the social and political aspects that determine the nature and meaning of knowledge and the social and cultural values in any particular time and place.

A rationalist understanding of knowledge naturally leads to focusing on techniques to manage knowledge mobilization and dispensing as a process that is detached from the social and political realities of people. Therefore, we see that even though our society has gone through so much social and political change, at least in the past twenty years, our education system has not been able to respond to that change let alone to spearhead any social, cultural or economic progress.

“…the education system in Kurdistan follows a traditional approach to knowledge”

The other issue is that education, particularly public education, has not been a natural consequence of the socio-political and socio-economic changes of the society in Kurdistan. Rather, the whole system of public education has come to existence as a result of colonial and imperial attempts to normalize certain knowledges and value systems in the region. That is why, when we think of education and social reforms, we look abroad, particularly to the Western European and North American nations, for both the questions and the answers to our issues.

Now, the reason why we do so is not simply because we believe that their education systems are successful or that their systems are appropriate to the context of Kurdistan. There are non-Western education systems in the world that are successful in their own countries while they are never considered for adaptation in Kurdistan. It is important to ask why not. We cannot neglect the role of history, politics and globalization in this regard. The hegemony of the Western paradigm of thinking and academia in Kurdistan has created generation after generation who always look towards the West for answers, while they look at the Kurdish indigenous cultures and histories with suspicion and cynicism if not with mockery.

The issue here is that if we do not critically understand and appreciate our own cultures and histories, we will not be able to learn lessons from other peoples’ experiences, cultures and histories. That is why the education system in Kurdistan will never have significant positive results or a significant position in the development of our nation. This is because the education system does not have strong grounds in the Kurdish culture and history, does not depend on homegrown critical experiences of the peoples of Kurdistan, and does not encourage, and sometimes even prevents, such critical knowledge to exist.