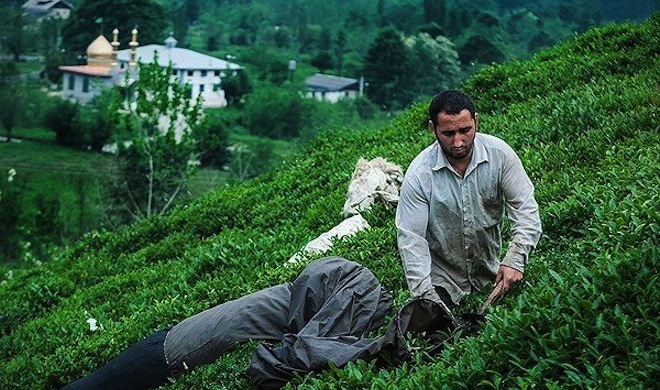 Iranians love their tea. But despite the serenity of these images from this year's tea harvest, there's trouble around the corner.

Iran saw its first modern style tea factory being built in the 1930s, but the tea culture had been present long before that and emerged as early as the 15th century. The Gilan Province was discovered in the late 19th century as an ideal spot for tea cultivation, and remains today the Islamic Republic’s most important center for tea. There’s even a National Tea Museum in the area, including the tomb of Iran’s tea-pioneer, Prince Muhammad Mirza, also known as Kashef-al-Salteneh, who started trading tea in secret from India to Iran. As Iranian consul to India, he was granted diplomatic immunity, making it difficult for the British colonial power to control his activities. He initially learned the craft by posing as a French labourer in Indian plantations and tea factories.

The tea harvest season has just started in Gilan, and according to the website Iran Front Page, production is projected to rise by 15 percent compared to 2014. However, recent years have typically witnessed significant difficulties for tea farmers. A Guardian report noted in 2005, somewhat ironically, that tea “was smuggled to Iran in secret, from under the nose of the British establishment in India. But now the country’s tea industry is deep in trouble and the verdant gardens that once sustained millions of farmers and their workers are used only for grazing sheep.”

The article also pointed out uncomfortable links between smugglers and high-profile Iranians: “Despite having one of the world’s most avid tea drinking populations, the Iranian tea economy is reeling from an influx of foreign imports and smugglers who, local traders complain, often have close family ties to powerful figures in the Islamic regime.”

In order for the tea sector to survive, prompt action is needed on the government’s part. In March 2015, Euromonitor International stressed the urgency of reform: “Illicit trade will likely remain as one of the key barriers to growth for this category over the forecast period and there is little expectation of prompt action by the government to control the ever increasing smuggling. It is also expected that domestic production of tea will gradually disappear as a result of the relatively high prices of production and non-support policy of the government. In addition, conversion from unpackaged tea to high-quality branded tea is expected to continue at a faster rate over the forecast period.”

For now, we’ll treasure these serene images from Gilan: