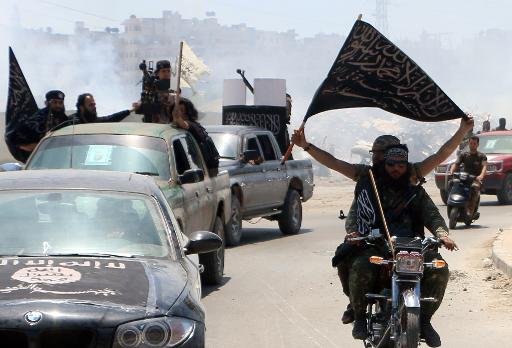 A French mother took the government to court on Tuesday for failing to stop her teenage son leaving the country to join jihadists in Syria.

The boy, identified only as “B”, was only 16 when he left with three others from the town of Nice in southern France on December 27, 2013, giving no warning to his family.

A recent convert to Islam, the boy took a plane to Turkey before continuing by land to Syria. His mother, who spoke to him recently by phone, says he is still there.

The family’s lawyer, Samia Maktouf, said Turkey was “notorious as the route to enter Syria”.

“The police have committed a grave error … concerning this unaccompanied minor, who had a one-way ticket to Turkey with no baggage,” Maktouf said.

“It’s not the money that we are interested in, but we want it known that an error was made. The departure of minors for jihad must stop,” Maktouf said.

The interior ministry wrote to the family, saying it was not responsible since the boy was not under investigation and there was no legal basis on which to prevent his departure.

France has Europe’s largest Muslim population and has provided the most foreign fighters to the jihad in the Middle East, with the government estimating there are around 500 French citizens or residents currently taking part in the conflict in Syria.

Several minors were stopped last year trying to make the journey, but usually as a result of information from their families.

The government has recently passed laws allowing it to confiscate identity cards and passports from those suspected of seeking to join the jihad.

The mother of B. has said she found out about the boy’s intentions just a few days before his disappearance from other youngsters in their housing estate. She only told the police after he had been missing for around 24 hours.