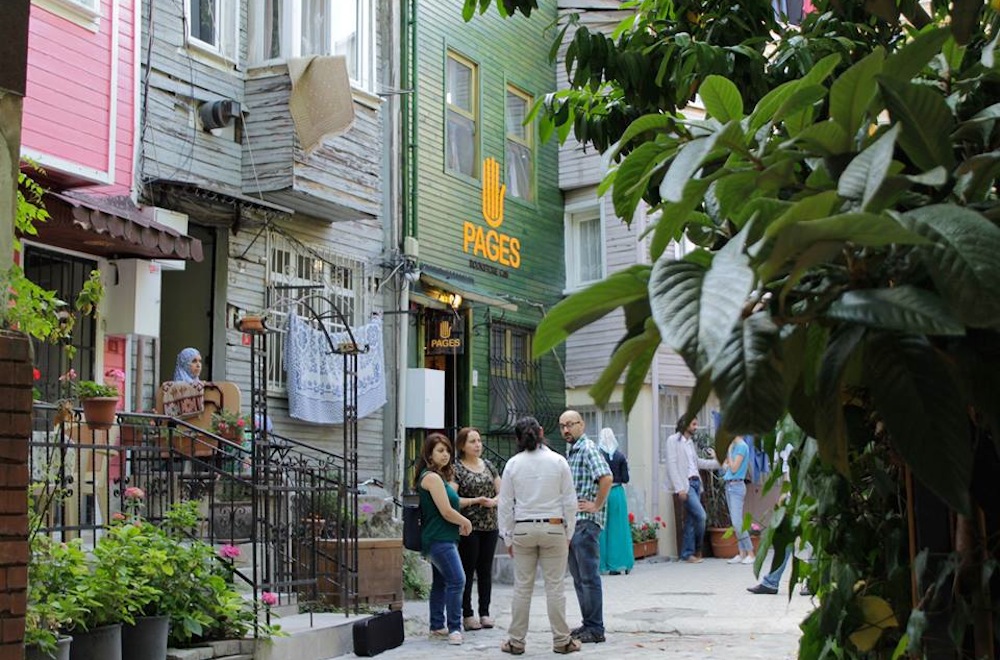 The newly opened “Pages” Bookshop is located in the historic Fatih district, close to the Kariye Museum. According to a feature in Publishing Perspectives by Olivia Snaije, more than “2,000 titles will be available in Arabic, Turkish, English, and French in a 210 square-meter space spread over four floors.”

It also boasts a café.

The bookshop is the brainchild of Gulnar Hajo and Samer al-Kadri, founders of Bright Fingers children’s publishing house.

Like an estimated 350,000 other Syrian refugees living in Istanbul, Hajo and al-Kadri left Syria with their two daughters, first setting up in Jordan and later moving to Istanbul in 2013. Al-Kadri told Publishing Perspectives that he saw the need to establish a bookshop where books in Arabic were readily available. He told PP that “Pages” will also function as a cultural center and gallery space, hosting events and screening films.

With new Arabic titles ordered from Lebanon and shipped to Istanbul.