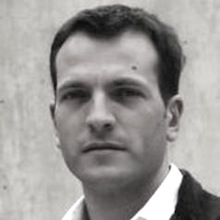 Just two months after the shooting of 22 holidaymakers in the Bardo museum in Tunis, Tunisia has been attacked again. On June 26, two gunmen opened fire and killed at least 37 people on the beaches of Sousse. Most of the victims were foreign tourists – making this both a human tragedy and a profound challenge to Tunisia’s fledgling democracy.

This new attack is the worst terrorist incident in the country’s history, and means Tunisia’s vital tourism industry will now be gravely weakened. The once-hopeful democratic transition is also in danger, with growing calls for a tougher security policy.

The attackers opened fire on the beaches of two hotels in Port El Kantaoui, at the northern end of a long coastline of beachfront hotels that runs through the city of Sousse. This area is the most important destination for package holidays in Tunisia.

Tunisia’s tourism minister, Selma Elloumi, called the Sousse attack a “catastrophe” and admitted there was no way to ensure “zero risk”. According to one assessment, revenue from tourism and related industries accounted for up to 14.9% of the Tunisian economy in 2014. Even if the tourist industry had begun to recover four years after the Arab uprisings of 2011, then the Bardo shooting in March 2015 and now the Sousse attacks will surely kick start a long-term crisis.

But despite its record loss of life, the latest attack was not entirely unprecedented.

Sousse has been targeted before, apparently because it attracts so many tourists. Hotels in Sousse were bombed in 1987, at the height of a clash between the Tunisian regime and the Islamist movement. Then in October 2013 a suicide bomber killed himself on the beach outside a downtown Sousse hotel in a failed terror attack.

Sousse is not just a tourist destination. It has played an important role in the country’s history, producing many of the administrative elite who have run Tunisia since independence in 1956. Former President Zine al-Abidine Ben Ali was himself from Hammam Sousse, a northern suburb close to the scene of the attacks.

The city has a secular middle class, but also significant support for the moderate Islamist movement Ennahdha – I spent a year in the city interviewing Ennahdha activists about the history and evolution of their movement. It also has large, impoverished suburbs filled with Tunisians who have travelled from the poorer towns and villages of the interior in search of work.

As in other poor urban areas in the country, there has been significant Salafist radicalisation here, dating back even to before the 2011 uprising. It is not yet certain who was behind the latest attacks, or whether the attackers were from Sousse itself. But the shootings were probably the work either of Islamic State supporters of a smaller Tunisian militant group, Uqba ibn Nafi, which is linked to al-Qaeda in the Islamic Maghreband which has been fighting an insurgent campaign against the military and security forces since late 2012.

Some interesting research suggests there could be a process of “outbidding” underway between these two groups, which could well escalate the levels of violence in Tunisia. It also suggests Islamic State has been trying to step up its activities inside the country as part of its wider campaign of violence.

The decisions the Tunisian government makes in the coming weeks will determine the fate of the country’s already fragile transition to democracy. Although the Ben Ali regime was toppled in a popular uprising in January 2011, many of the political and economic interests of the former regime remain intact and the judiciary and security forces remain largely unreformed. The deep state is still at work. There has been a knee-jerk tendency to resort to authoritarian measures in the name of security and stability, and a backslide into the state’s old ways is still a risk.

That much was made clear when, after the attack, Tunisian President Beji Caid Essebsi travelled to Sousse to meet the survivors and promised“painful but necessary” measures would follow. Mohsen Marzouk, an advisor to Essebsi and now the head of his Nidaa Tounes party, which leads the coalition government, called for the creation of new private sector security forces, and said: “We are at war and we must apply the law firmly.”

Already the government has drafted a bill that would jail any Tunisian found to have “denigrated” the armed forces. Human Rights Watch warned that the bill did not meet international human rights standards, and is also concerned about a new law on judicial reform that fails to give the judiciary sufficient independence from the executive.

Other politicians have proposed a national congress to discuss a national strategy to confront the terrorist challenge and popular marches against terrorist violence. But there is still no clear strategy to confront this worsening security crisis and declining economic situation. The damage done to the tourism industry follows waves of workers’ strikes that have also affected the important phosphate mining industry in the south.

There is hope that Tunisia will yet overcome these challenges, just as it has overcome many others since 2011. Politicians have always found a way to negotiate consensus solutions every time a crisis has threatened this hopeful and extraordinary transition to democracy – but that task is becoming ever harder.

Mirrored from The Conversation.