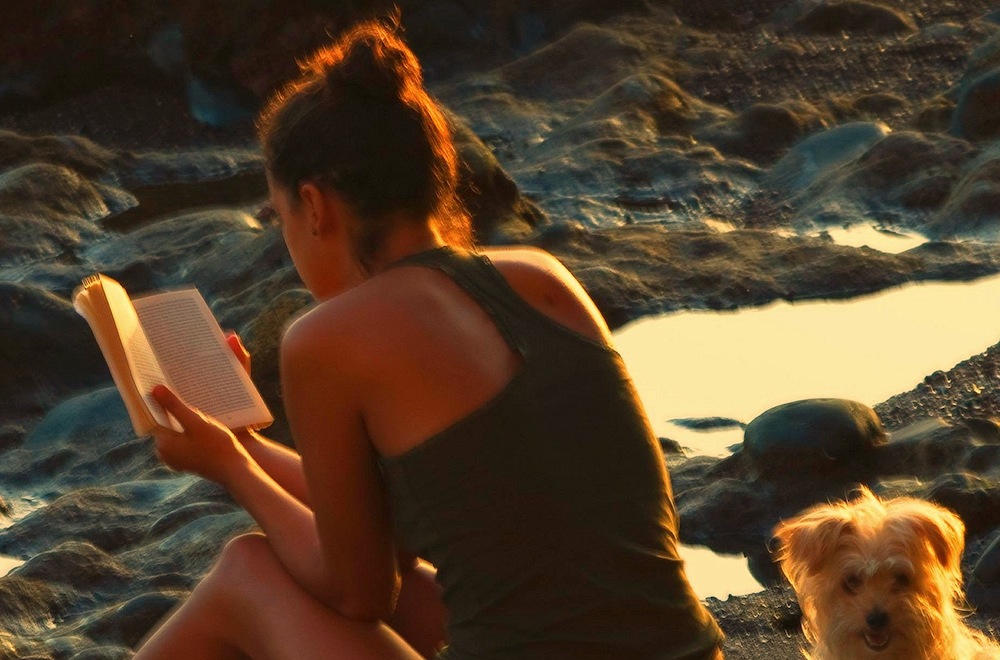 Renowned literature blogger 'ArabLit' has compiled a list of seven books you need to read on your summer vacation.

Youssef Rakha’s Crocodiles, trans Robin Moger (2015). This is a very different book from Rakha’s complex and layered debut,Sultan’s Seal. It’s an epic prose poem, or perhaps a novel-in-prose-poems, and it’s not just racy but also fast-paced, which seems a bit odd to say of poetry. Although Rakha insists it’s fictional, it has a tell-all feel about Cairo’s recent poetry scene, and many echoes of Bolaño. An excerpt of Crocodileson Qisasukhra.

Amjad Nasser’s Petra, trans. Fady Joudah (2014). Although the most amazing place to read Petra would be Petra, this world-jarring slim collection — a long poem, a travel journal, a meditation on the construction and re-construction of history — takes us to Petra so vividly that you could sit on a beach in Ohio and find yourself transported. So if you’re going to a beach in Ohio, this is probably a must. Buy it now from Tavern Books.

Alessandro Spina’s The Confines of the Shadow, trans. André Naffis-Sahely (2015). If you want a big, nineteenth-century-style novel, full of witticisms, that feels a cross between Waguih Ghali and Giuseppe Tomasi di Lampedusa, that follows the early colonial (Italian) history of Libya, then this is your beach read. “Spina’s Shadow,” in The Nation.

Elias Khoury’s Sinalcol, trans. Humphrey Davies (2015). If you love Elias Khoury (as you, as a right-thinking person, should), then it is impossible not to love this book, which spins out many of the themes and stylistic obsessions of his earlier novels, even revisiting some favorite characters. Yes, it takes place during Lebanon’s civil war, but it is maybe his gentlest look at violence. A big, sprawling book that can be lived inside for your whole vacation. Review in the Financial Times.

Amir Tag El Sir’s Ebola ’76 (2015). A novel that takes us into the “mind” of the ebola virus might seem a strange choice for a beach read, but El Sir’s books (you could also take French Perfume, trans. William Hutchins, 2014) are often darkly funny explorations of Sudan in an over-the-top way, and this is no exception. Sample chapter on Jadaliyya.

Abu Bakr Khaal’s African Titanics, trans Charis Bredon (2015). This is not a feel-good novel where someone gets their groove back, but it is gripping from first to last, and a book that opens a window onto seeing the world, and oneself, anew. If vacation is a time for self-discovery and self-renewal, this is a good companion. Review on Warscapes. Review on ArabLit.

Saud Alsanousi’s The Bamboo Stalk, trans. Jonathan Wright (2015). This is (kind of) a feel-good coming-of-age novel where the Kuwaiti-Filipino protagonist (sort of) gets his groove back. It tackles serious issues of identity and growing up between two places, while fitting in nowhere. Review on The Guardian.

Make sure you visit Marcia’s blog ArabLit for more stories on Arab literature.