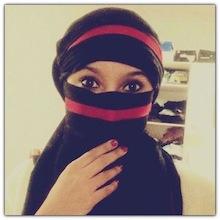 Yemeni blogger Afrah Nasser wants the global solidarity movement to make it clear that all victims in Yemen are worthy of peace and stability.

Four months on and the war in Yemen is still raging fiercely. Across the country, there have been over 19,000 people killed and injured as a result of the violence. The number of displaced has grown to over 1.2 million. These numbers continue to rise at an alarming rate. Yemen, this devastated place, torn by violence, has victims unfairly perceived and treated as unworthy by all warring parties.

Citizens in the southern part of Yemen in particular have been treated as unworthy by the Houthi movement’s militias and its ally, the ousted former president Ali Abdullah Saleh’s forces, since they started bombarding president Abdurabu Mansour Hadi’s house and Aden airport on 19 March (before the start of the Saudi-led airstrikes). After Hadi fled the country, Houthi/Saleh forces began targeting people in the south systematically on the pretext that they are takiris and al Qaeda. Then they shifted their propaganda to claim that they were fighting ISIS (Da’esh).

All these slogans have ripped off southerners’ worthiness in the eyes of the Houthi/Saleh forces. And at the same time, Houthis mastered local and international media to stress how the Saudi-led coalition was murdering in northern Yemen, while overlooking atrocities committed by Houthis in the south. For the Houthis, the victims of the Saudi-led airstrikes are the only worthy victims. Meanwhile, southern resistance fighters perceive and treat victims as nothing but unworthy, why is that? Probably because antagonism has reached an irreversible point. It is astonishing how these stances are so totally isolated from any moral principle.

The Yemeni people have been the greatest unworthy victim by the Houthis’ attempted coup d’état against president Hadi in September last year. Houthis have cracked down on dissent, which includes Hadi himself, ever since their expansion from Sa’adah to Sana’a in July last year. Specifically, since September 2014, there have been dozens, if not hundreds, of activists, journalists, and human rights defenders across Yemen who were harassed, abducted and tortured – some to death – by the Houthi militias in their own bloody purge.

Without giving any justification to the Saudi-led airstrikes campaign, which was initiated with the blessing of Yemen’s president Hadi, the airstrikes came as a reaction to the Houthis’ already existing violence. On 26 March, the Saudi-led coalition consisted of 11 Arab countries, while the other 11 Arab states stood and watched in silence. The coalition’s aim was to restore president Hadi’s legitimacy, viewing Hadi as its only worthy victim who deserved to remain safe in the palm of comfort in Riyadh.

But are the strikes really an effective way to solve the problem? Of course not, and more importantly they have led to a situation that is nothing but disastrous. As the Saudi-led coalition continues to claim that it is firing only against military points, the airstrikes’ horrifying collateral damage tells us another story; namely that Yemeni citizens are unworthy victims in the name of restoring a president’s legitimacy.

For those who escaped the violence and became refugees at the shores of Somalia, Djibouti and elsewhere, they have been treated as unworthy victims on so many levels. Dozens of accounts by Yemeni refugees show how they were ill-treated and disrespected. Young Yemeni men are piling up at the gates of the Saudi borders facing extreme conditions. A relative of mine was sent back to Yemen after she miraculously managed to escape to Sudan. Another relative was stuck in a refugee camp in Sudan for days while being mistreated, witnessing loads of violations against the human rights of these refugees. Miraculously, my relative made it to Ethiopia. For all Yemenis fleeing the violence, what the future holds for them is totally uncertain. It must be clear though: a state shutting its doors against humans escaping death is ultimately committing another form of violence.

All this suffering represents an unprecedented humanitarian catastrophe. In Yemen, millions are facing the threat of famine because food assistance is not reaching them. People on the ground have been reporting how Houthi/Saleh forces in Aden are using food and medicine as a weapons of war, “I watched them turning back truck loads of flour trying to enter the city,” describes journalist Iona Craig.

Even worse, while more than 15 million are in need of basic health care, countless wounded are dying because hospitals are closing down due to lack of fuel. As a result of the total disruption by the war of all basic services an estimated 20.4 million people in Yemen are in need of potable water. Diarrhea prevalence – as well as risks of cholera, malaria and worm infestations – has skyrocketed. The World Health Organisation said last month that more than 3,000 Dengue cases have been reported in Yemen since March, adding that the actual figure could be far higher.

While the suffering of Yemenis continue, there has been a humble global solidarity action that is trying to challenge the Saudi hegemony on the media narrative. Even though the momentum isn’t that impressive, it is indeed the only aspect of this war that makes Yemenis still believe in a shared sense of humanity. Nonetheless, I urge everyone showing sympathy with Yemenis’ suffering to not only condemn the atrocities committed by the Saudi-led coalition but also to condemn the atrocities committed by the Saleh and Houthi forces. Don’t prioritise atrocities coming from one side over the other; violence exhibited from all parties should be condemned. For those who are in solidarity with the people of Yemen, make it clear that all victims are worthy of peace and stability.

In the meantime, all parties allowing Yemen’s humanitarian catastrophe to deepen are responsible for acts that may reach crimes against humanity.